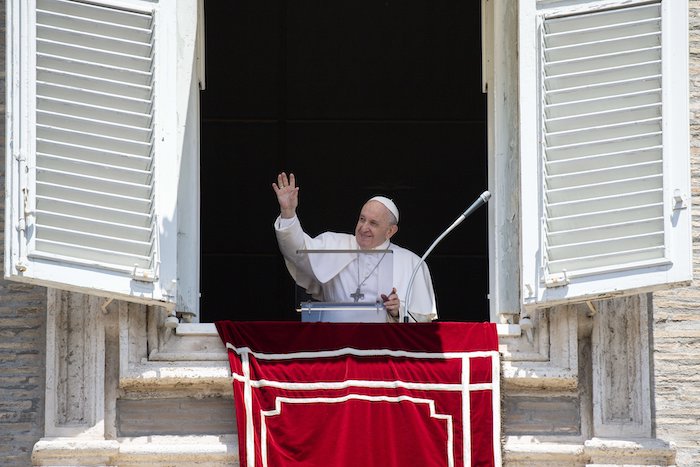 Pope Francis greets the crowd as he leads the Angelus from the window of his studio overlooking St. Peter’s Square at the Vatican June 28. (CNS photo | Vatican Media)

The 84-year-old pope was admitted to Rome’s Gemelli hospital in mid-afternoon after leading the recitation of the Angelus with visitors gathered in St. Peter’s Square.

The pope will have “a planned surgical intervention for a symptomatic diverticular stenosis of the colon,” the Vatican press office said. “The surgery will be performed by Dr. Sergio Alfieri,” a staff surgeon at the Gemelli who specializes in surgery of the digestive tract and colon.

The press office said it would release another statement July 4 after the surgery.

Pope Francis was expected to remain in the hospital at least overnight.

Stenosis is an abnormal narrowing of a passage in the human body. The Vatican’s description of the pope’s condition indicated a partial blockage of the lower intestine. It provided no information about the cause or suspected cause of the blockage nor of the symptoms the pope had been experiencing.