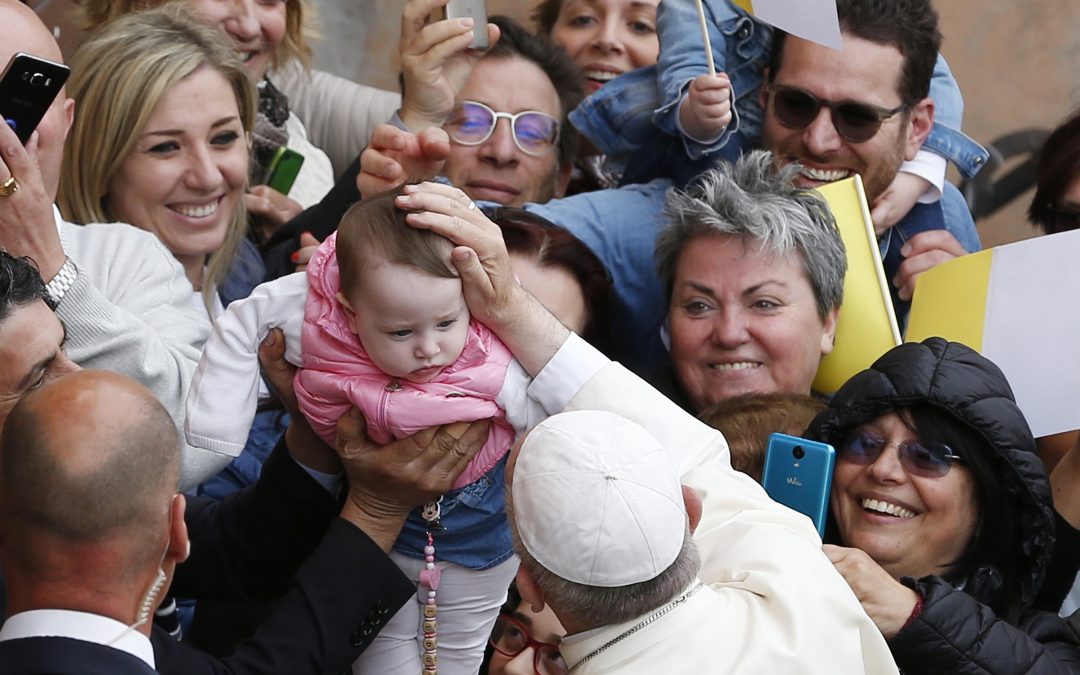 ROME (CNS) — Pope Francis visited Rome’s popular Shrine of Our Lady of Divine Love to pray the rosary for peace, especially in Syria.

The pope invited pilgrims in St. Peter’s Square April 29 to join his prayers May 1 at the shrine and “to prolong for the whole month of May praying the rosary for peace.”

May is a month Catholics traditionally devote to Mary.

After Pope Francis entered the old 18th-century church at the shrine May 1, one of the Daughters of Our Lady of Divine Love, the religious order founded there, introduced the rosary by quoting from Pope Francis’ Easter address: “Today we implore fruits of peace upon the entire world, beginning with the beloved and long-suffering land of Syria, whose people are worn down by an apparently endless war.”

The pope was joined in the small church by just over 100 people, including a few children and young adults, who assisted in leading the recitation of the prayers. Hundreds of other people were gathered outside and along the paths to the new church, which was consecrated in 1999.

After the rosary and the singing of Hail, Holy Queen, the congregation offered special prayers “for the intentions of the Holy Father” and then chanted the Loreto litany, a list mainly of the various titles of Mary — Holy Mother of God, Mother of the Church, Health of the Sick, Refuge of Sinners and, of course, Mother of Divine Love — followed by the petition, “Pray for us.”

Pope Francis gave no homily or speech, simply leading the crowd in prayer and offering his apostolic blessing.

Each Saturday night from Easter through the end of October, pilgrims set off at midnight from within the walls of Rome and walk about 10 miles to the shrine, where they attend a special Mass at 5 a.m. Sunday.