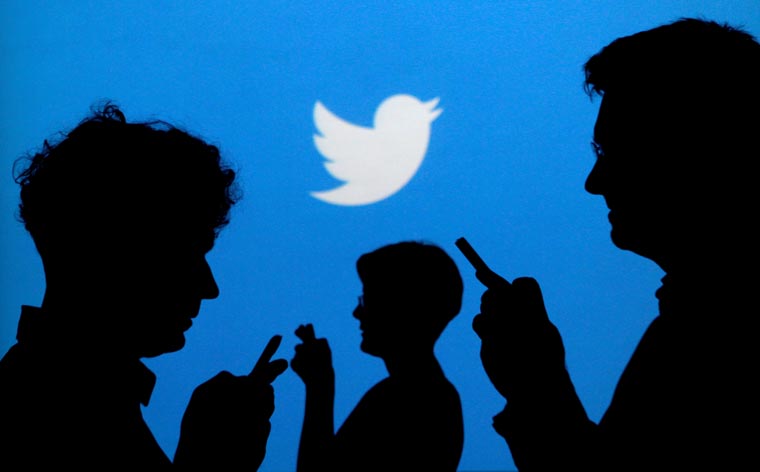 The papal Twitter accounts, in nine different languages, have grown by over 9 million followers in the past 12 months, representing the interest and attention of “the people — ordinary people, Christians and non-Christians, political leaders — for the Holy Father’s tweets,” the Vatican Secretariat for Communication said Oct. 11.

The accounts, it said, are a way for Pope Francis to personally connect with people around the world.

“Every day, through his tweets, Pope Francis makes himself available to men and women through social media, at times offering a spiritual thought,” it said, “other times sharing with his followers a reflection on events of great significance for the international community.”

The secretariat’s prefect, Msgr. Dario Vigano, told Vatican Radio that “the pope takes great care of his social profiles, to such an extent that he closely and carefully checks all the tweets, which are then published.”

It shows the pope’s concern and “care for relationships” even over the internet, even though the pope has admitted he is not savvy with new technologies, Msgr. Vigano said. The pope knows, he said, that the web is “a network not of wires but of people.”

In a recent report on Twitter by Twiplomacy.com, which ranks world leaders’ impact on the social media platform, the @Pontifex accounts had the second-most followers among world leaders, only 200,000 followers behind the U.S. president, @realDonaldTrump. Since the report, both the president and the pope’s followers have continued to grow, with Trump’s account exceeding the 40.3 million mark, maintaining a tight lead over Pope Francis.

Twiplomacy ranked the pope as coming in third among world leaders with the most interactions and being the most influential because of his average of 41,000 retweets.

The pope also communicates digitally via Instagram, the social image channel. His account, @Franciscus, was approaching 5 million followers since its creation March 19, 2015. The majority of Instagram followers are from the ages of 25-34, with the United States and Brazil being the countries where it is most followed.