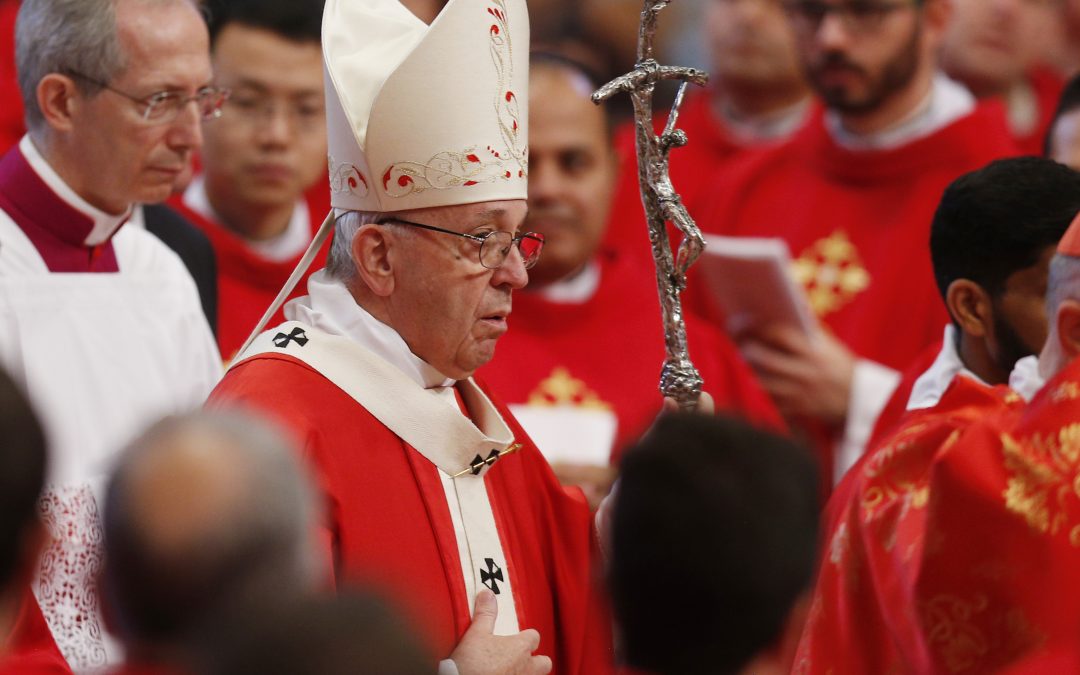 VATICAN CITY (CNS) — Pope Francis announced he would make 14 new cardinals June 29, giving the red cardinal’s hat to the papal almoner, the Iraq-based patriarch of the Chaldean Catholic Church and the archbishop of Karachi, Pakistan, among others.

Announcing his choices May 20, the pope said that coming from 11 nations, the new cardinals “express the universality of the church, which continues to proclaim the merciful love of God to all people of the earth.”

Pope Francis’ list included three men over the age of 80 “who have distinguished themselves for their service to the church.”

When the pope made the announcement, the College of Cardinals had 213 members, 115 of whom were under the age of 80 and therefore eligible to vote in a conclave to elect a new pope. Cardinal Angelo Amato, prefect of the Congregation for Saints’ Causes, was to celebrate his 80th birthday June 8.

Under Pope Francis, the idea that some church posts and large archdioceses always are led by a cardinal is fading, but is not altogether gone. His latest choices included the papal vicar of Rome, Cardinal-designate Angelo De Donatis, and the prefect of the Congregation for the Doctrine of the Faith, Cardinal-designate Luis F. Ladaria. But other traditional cardinal sees like Venice and Milan in Italy or Baltimore and Philadelphia in the United States were not included in the pope’s latest picks.

With the new nominations, the number of cardinal-electors — those under 80 and eligible to vote in a conclave — will exceed by five the limit of 120 set by Pope Paul VI. But previous popes also set the limit aside without formally changing the limit.

After the consistory June 29, Pope Francis will have created almost half of the voting cardinals. Nineteen of those under 80 in late June will be cardinals given red hats by St. John Paul II; 47 will have been created by retired Pope Benedict XVI; and 59 will have been welcomed into the College of Cardinals by Pope Francis.

The new cardinals, listed in the order Pope Francis announced them, are: