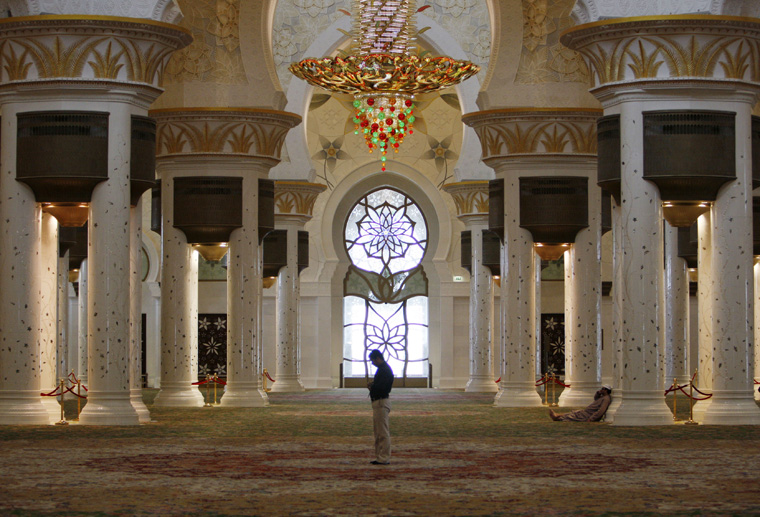 VATICAN CITY (CNS) — Many people have big expectations that Pope Francis will take major steps in 2019 to address the clerical sexual abuse crisis.

He has called the presidents of the world’s bishops’ conferences and the heads of the Eastern Catholic churches to Rome Feb. 21-24 to discuss abuse and child protection.

Pope Francis’ 2019 calendar has other major appointments on it as well: foreign trips, a special Synod of Bishops and a special month devoted to the church’s missionary activity.

But the February meeting is what is holding people’s attention.

Part of the agenda must be to convince all the world’s bishops that abuse is an issue for them and that it is not a problem just in the United States, Canada, Chile, Ireland, Australia and Germany — the countries where abuse has garnered both the biggest headlines and the strongest church efforts to combat it.

But, if the reaction of members of October’s Synod of Bishops on young people is any indication, the task will not be easy. At the synod, bishops from the countries facing the crisis spoke openly and forcefully about the need for change, the need to listen to victims and the policy of “zero tolerance” for offenders.

A draft of the synod’s final message had five paragraphs devoted to the abuse scandal and concluded the section by saying, “Confirming the line of ‘zero tolerance,’ the synod recognizes that tackling the question of abuse in all its aspects can, with the precious help of young people, be an opportunity for an ecclesial reform of epoch-making scope that gives the church the credibility to accomplish her mission.”

But, apparently responding to many bishops who believed the crisis received too much attention in the document, the final version went from five paragraphs on abuse to three and removed the line about “zero tolerance.”

Indicating concern that not all bishops realize just how serious the problem is everywhere, the committee organizing the February meeting asked every participant to meet with an abuse survivor before traveling to the Vatican.

“The first step must be acknowledging the truth of what has happened,” the committee said in a letter released Dec. 18.

Before the summit on abuse at the Vatican, Pope Francis will begin what could be his busiest travel year yet.

As of Dec. 19, the Vatican had confirmed the following papal trips: to Panama Jan. 23-27 for World Youth Day; to Abu Dhabi, United Arab Emirates, Feb. 3-5 for an interreligious meeting and a visit with the local Catholic community; to Morocco March 30-31; and to Bulgaria and Macedonia May 5-7.

And, if that is not enough, serious rumors are circulating about a summer visit to several countries in Africa to mark the 50th anniversary of the Symposium of Episcopal Conferences of Africa and Madagascar. And, at least twice in the past six months, he has said he hopes to visit Japan in 2019.

The 82-year-old Pope Francis may be preparing to log thousands of miles in the new year, but the Vatican schedules published for Panama and for Abu Dhabi seem to indicate that at least the organizers of his trips believe he should slow down a bit.

Instead of an average of four important events each day — two in the morning and two after a midday break — the January and February itineraries stick closer to the idea of one morning and one late afternoon or evening event. And his break for lunch and a rest has gone from three or four hours to four or five hours.

Of course, he and his local hosts always have filled a portion — sometimes a major portion — of those breaks with private meetings and lines of individuals to greet. Whether he or anyone else will enforce the daily pause remains to be seen.

Back at the Vatican, preparations are underway for the special Synod of Bishops focusing on the needs of the people, the land and the church in the Amazon region. The synod will be held at the Vatican in October.

In June, the Vatican published the preparatory document, which was written around the theme “New Paths for the Church and for an Integral Ecology” and highlighted how closely intertwined is the fate of the environment, the people who live there and the church that ministers there.

Before, during and after the synod, the entire Catholic Church will focus on its missionary activity and ways to adapt it to more effectively reach people.

Eighteen months ago, welcoming a proposal from the pontifical mission societies and the Vatican Congregation for the Evangelization of Peoples, the pope said the special concentration on mission during the month of October 2019 would help “renew the love and passion” of proclaiming the Gospel to everyone.

In a letter formally announcing the 2019 missionary month, he called it “an incentive to combat the recurring temptation lurking beneath every form of ecclesial introversion, self-referential retreat into comfort zones, pastoral pessimism and sterile nostalgia for the past.”

What all Catholics need, he said, is openness “to the joyful newness of the Gospel.”

“In these, our troubled times, rent by the tragedies of war and menaced by the baneful tendency to accentuate differences and to incite conflict,” he said, “may the good news that in Jesus forgiveness triumphs over sin, life defeats death and love conquers fear, be proclaimed to the world with renewed fervor and instill trust and hope in everyone.”