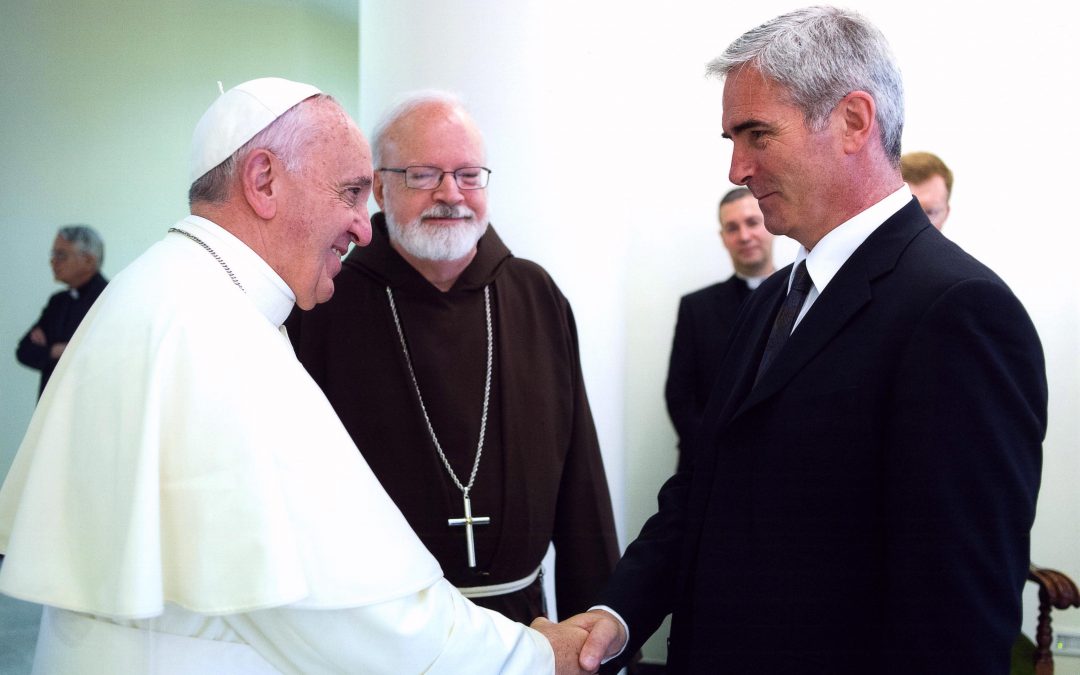 VATICAN CITY (CNS) — Pope Francis’ planned meeting with abuse survivors from Chile could mark a turning point in how the Catholic Church deals not just with prevention, but especially with how it responds to accusations.

The pope has said he wants the four days of meetings in April to be his chance to ask for forgiveness and express his “pain and shame” for what they have suffered.

And Pope Francis, who emphasizes the importance of listening and learning, also sees this as a chance to hear survivors’ suggestions for how to avoid repeating “such reprehensible acts,” the Vatican said April 25.

But this meeting is different from his other meetings with survivors. This time he is not only acknowledging and apologizing for abuses perpetrated by others, he himself caused shock and pain when he repeatedly discounted claims there was evidence Chilean Bishop Juan Barros knew of abuse against minors. Pope Francis went so far as to label such claims as “calumny” in remarks to reporters in January.

Setting aside an entire day for each survivor at end of April looked less like a typical meeting and more like a personal act of contrition.

Juan Carlos Cruz, one of the three survivors who will meet the pope, told Catholic News Service, “This is an opportunity for Pope Francis to make a difference and hold bishops accountable who are still covering up.”

It is also a chance to “make sure that survivors all over the world are looked after, taken care of and respected and not disparaged and made to feel like they are guilty, which is what bishops currently do,” he said April 25.

Much like Pope Benedict XVI’s misstatement in Regensburg about Islam sparked new and innovative initiatives with Muslims, Pope Francis’ recognition of his poor choice of words and approach toward abuse allegations could trigger a turning point and lead to something new.

It is an opportunity to go beyond damage control and actually “change things in a startlingly positive way,” said Mark Vincent Healy, a survivor and campaigner from Ireland, who was one of six survivors invited to Pope Francis’ first meeting with victims at the Vatican in 2014.

“The man I met was so compassionate,” genuine and generous with his time, he said of the pope.

“The pope is not a bad man. It was a big mistake” to call the Chile accusations slander, Healy said. “So how can he turn this negative into an opportunity for the best,” for “coming clean” and looking at why he and other church leaders can react so negatively and defensively against people crying for help, Healy asked.

One change that must come from listening to victims, he said, is to look at victims differently — not as enemies, opportunists or politically motivated, but as brothers and sisters belonging to the same wounded family.
Victims “wouldn’t raise an accusation so publicly with so much to lose” since disclosure often brings tremendous added stress, severe repercussions and even reprisal, he said. They are “seeking help to survive in a better way. Help us do that,” he said.

“The church should react with compassion. Don’t question the veracity. It should ask how best it can respond with love and regard,” he said.

Also, “we are living in a world where our leaders are not fact-checking before they speak,” he said, which means everyone, including the pope, should “be more engaged in fact-checking,” especially before making charges or outright denials.

Another critical need is for the church to become a bold, active partner working alongside survivors and delving into the past to look for victims and encourage them to stop hiding, he said.

“Being on the margins is worse. People are shamed further by it” and end up isolated, alone in their despair, he said.

The renewed Pontifical Commission for the Protection of Minors — the pope’s independent body of experts that gives him recommendations for best practices to help the church on the local level — has chosen to protect the identity of their members who are survivors of abuse and to reach out to other anonymous survivors as consultors. Two survivor-members stepped down early from the commission last year, citing frustration with the slow pace of reform.

Teresa Kettelkamp, former executive director of the U.S. bishops’ Secretariat of Child and Youth Protection and a new member of the commission, told CNS that trying this new approach with survivors will give them a larger, broader range of people to contact from all over the world, especially from countries where talking about abuse is still taboo.

“You respect their privacy, but you still get their input,” she said. “I think that may give them more confidence in contributing to the work we do” in every aspect, including formation, education, guidelines and norms, and not just healing, she said.

The new and returning commission members, she said, also were asked to be more “sensitive” to forming “realistic” expectations of what they can accomplish and focus only on making proposals for the pope.
“We’re not an investigative body or a recourse or an appeals commission. Our goal and focus have to be what advice can we give to the Holy Father,” Kettelkamp said.

Healy said action and follow-up must come out of all these listening sessions and that will require an eradication of a culture of — a victim’s fear of coming forward and the church’s fear of losing assets or its reputation when one of its members has been named a perpetrator.

“You’ll never go wrong if you do the right thing,” he said. “God provides for you. What do you fear? Bankruptcy? But how when God is our father? If he feeds the birds of the air, why not his own children?”

After listening to a victim, he said the church must ask itself, “how much work are you prepared to do to bring healing? Are you prepared to treat this like a plane crash and go look for more victims,” and is the church ready to acknowledge abuse will flourish where “people are not held to account?”

“Our faith is made strong by doing the right thing,” Healy said. “This should be our new policy.”