Priority on economy over people may lead to ‘viral genocide,’ pope warns 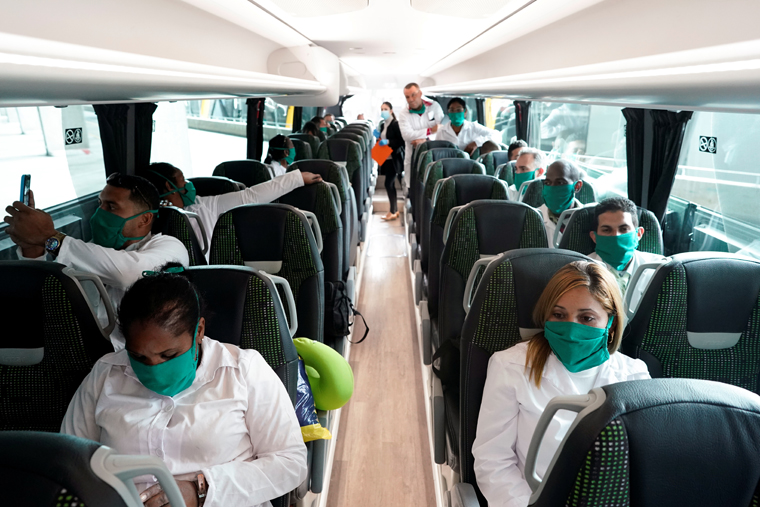 VATICAN CITY (CNS) — Countries fighting the coronavirus pandemic could face deadly consequences if they focus on protecting their economies more than their own people, Pope Francis said.

In a handwritten letter sent March 28 to Argentine Judge Roberto Andres Gallardo, president of the Pan-American Committee of Judges for Social Rights and Franciscan Doctrine, the pope said that some governments that have imposed lockdown measures “show the priority of their decisions: people first.”

“This is important because we all know that defending the people implies an economic setback,” he said in the letter, which was published March 29 by the Argentine newspaper La Nacion.

“It would be sad if they opted for the opposite, which would lead to the death of many people, something like a viral genocide,” the pope wrote.

In his letter, the pope said that while he was concerned about the global spread of the COVID-19 virus, he also was “edified by the reaction of so many people — doctors, nurses, volunteers, religious men and women and priests — who risk their lives to heal and defend healthy people from contagion.”

Although lockdown measures implemented in many countries may “annoy” those forced to comply, the pope said that people have realized that it is for the sake of the common good.

In the long run, he said, “most people accept them and move forward with a positive attitude.”

Pope Francis also told Gallardo that he recently met with members of the Dicastery for Integral Human Development to discuss “the present situation and what comes after” because “preparing for the aftermath is important.”

“We are already seeing some consequences that need to be confronted,” the pope said. “Hunger — especially for people without a steady job (odd jobs, etc.) — violence and the appearance of loan sharks,” who are “the real plague of the social future; (they are) dehumanized criminals.”