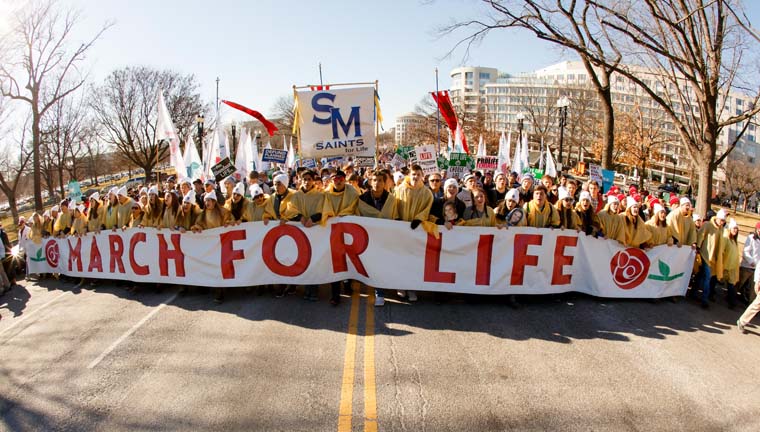 WASHINGTON (CNS) — Cardinal Timothy M. Dolan of New York decried the Senate’s failure to pass the Pain-Capable Unborn Child Protection Act, which would have banned abortions after 20 weeks of gestation, and called on senators to “rethink” their stance on late-term abortions.

The cardinal, chairman of the U.S. bishops’ Committee on Pro-Life Activities, called the vote “appalling” in a statement released late Jan. 29.

“The Senate’s rejection of this common-sense legislation is radically out of step with most Americans,” the statement added.

Although the bill received 51 votes, under Senate rules it needed 60 votes to end debate and move to a final vote. Three Democrats joined 48 Republicans in supporting the measure. The final vote was 51-46.

Democratic Sens. Joe Manchin of West Virginia, Bob Casey of Pennsylvania and Joe Donnelly of Indiana supported the bill, while Republican Sens. Lisa Murkowski of Alaska and Susan Collins of Maine voted against it.

Several senators who opposed the bill said it was unconstitutional during debate on the floor before the vote.

The House of Representatives passed the same bill Oct. 3. President Donald Trump said he would have signed the measure if it had passed both houses of Congress.

The legislation would have punished doctors who perform an abortion after 20 weeks, except in cases of rape, incest or if the life of the mother is threatened. Physicians could face up to five years in prison. Women seeking abortions would not be penalized under the bill.

The bill is based on the finding that an unborn child can feel pain at 20 weeks of development. Similar laws are on the books in 17 states and three more states ban abortion after 20 weeks for other reasons.

Polling has found that a majority of Americans, including Democrats, supported such legislation.

Cardinal Dolan expressed concern that abortions carried out in the second half of pregnancy usually involve dismemberment of the unborn child and pose dangers to the mother.

“Furthermore, the United States is currently one of only seven countries that allows abortions beyond 20 weeks,” he said, naming Canada, China, Netherlands, North Korea, Singapore and Vietnam as the other six.

Pro-life advocates echoed the cardinal’s disappointment in the vote.

“Americans should be outraged that pro-abortion Senate Democrats refuse to protect unborn babies who can feel pain,” Carol Tobias, president of National Right to Life, said in a statement.

“We will keep coming back to the Senate again and again until it passes this bill,” she said.

Father Frank Pavone, national director of Priests for Life, criticized senators who voted against the bill for “believing the excruciating killings should continue.”

He said in a statement that senators “voted against the wishes of the American public, against science, and most importantly, against the human rights of innocent babies. Every senator who voted to defeat this human rights legislation deserves to feel the pain of defeat at the ballot box,” he said.

Jeanne Mancini, president of March for Life, called it “a disgrace that our Senate has once again failed to pass a bill that reflects the hearts and minds of the national pro-life consensus.”

Trump said in a statement late Jan. 29 that “it is disappointing” that the bill failed.

“We must defend those who cannot defend themselves,” the statement continued. “I urge the Senate to reconsider its decision and pass legislation that will celebrate, cherish, and protect life.”