Q-and-A on the Vatican’s recent instruction on bread, wine for Communion 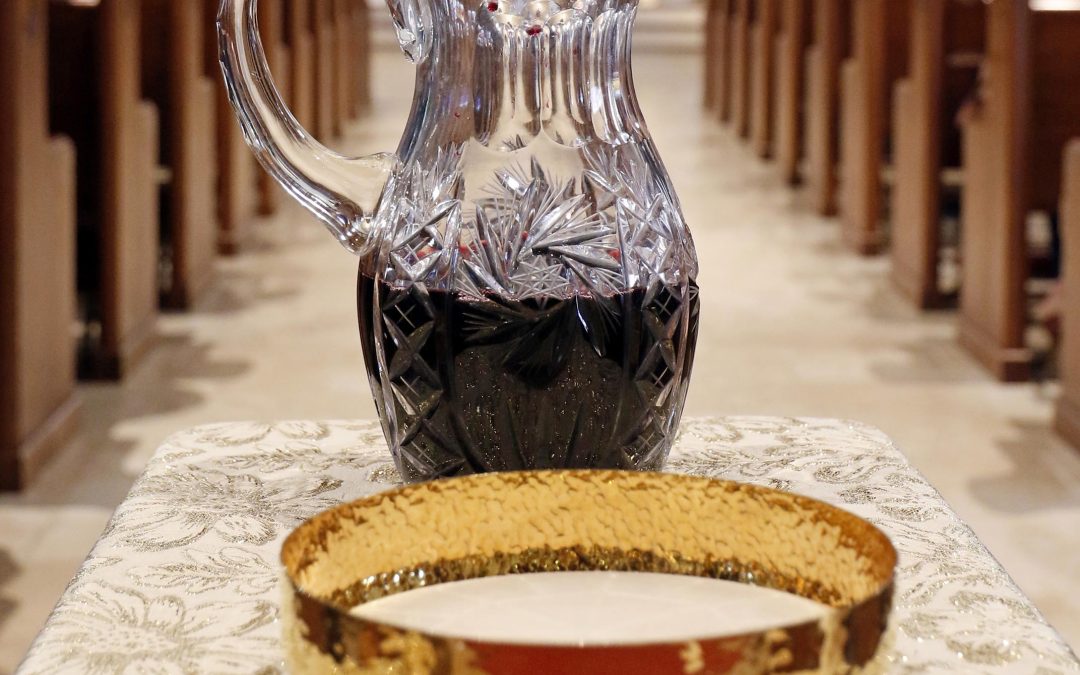 WASHINGTON (CNS) — The Vatican recently published a circular letter, “On the bread and wine for the Eucharist,” sent to diocesan bishops at the request of Pope Francis. Dated June 15 — the feast of the Body and Blood of Christ — the letter was made public by the Vatican July 8.

Because bread and wine for the Eucharist are no longer supplied just by religious communities, but “are also sold in supermarkets and other stores and even over the internet,” bishops should set up guidelines, an oversight body and/or even a form of certification to help “remove any doubt about the validity of the matter for the Eucharist,” the Vatican’s Congregation for Divine Worship and the Sacraments said.

In response to the Vatican statement, the U.S. Conference of Catholic Bishops Secretariat of Divine Worship has answered some of these frequently asked questions.

Q: Why is the Vatican worried about what makes up a Communion host? Doesn’t it have more important things to focus on?

A: To say that the Eucharist is important to Catholics is an understatement; the bishops at the Second Vatican Council referred to it as the “source of and summit of the Christian life.” On the night before he died, Jesus considered it important enough to spend time with his apostles at the Last Supper, telling them to continue to celebrate the Eucharist, instructing them to “do this in memory of me.” So the Vatican is naturally interested in making sure that this instruction is carried out properly, and this requires not only a priest who says the correct words, but also the use of the correct material. Therefore, the Catholic Church has strict requirements for the bread and wine used at Mass.

Q: Has the validity of the materials used for the Eucharist been a problem in the United States?

A: The circular letter is addressed to the entire church, to bishops all over the world. Circumstances are very different in various places around the globe, so it’s difficult to know whether the Holy See’s letter is a response to particular problems in certain places. It’s important to note that the letter does not introduce any new teachings or regulations — it simply reminds bishops of their important duty to ensure that the correct materials are used in the celebration of the Mass. We’re fortunate in our country, insofar as it’s not difficult to find bread and wine that are clearly suitable for the Mass.

Q: Concerning low-gluten hosts, how much gluten is in them? Are they safe for someone with celiac disease?

A: The gluten content in low-gluten hosts can vary by producer, but they typically contain less than 0.32 percent gluten. Foods with less than 20 parts per million gluten can be marketed as “gluten-free,” and some low-gluten hosts — while containing enough gluten to satisfy the church’s requirements for Mass — would even fall into that category. The amount of gluten present in low-gluten hosts is considered safe for the vast majority of people with gluten-related health difficulties.

Q: For someone who does not want any exposure to gluten, the church says that Communion may be received under the species of wine alone. What happens if a diocese does not offer Communion under both species?

A: Parishes are more than willing to make special arrangements to assist people who need to receive the Precious Blood instead of the host for medical reasons, even if the parish doesn’t normally offer Communion under both kinds. It can take a little advanced planning to organize the procedures, but pastors are happy to do this. If for some reason a person in this situation runs into difficulties at the parish level, he or she should contact the bishop’s office for assistance.

Q: What about someone, especially a priest, who has alcoholism? Is grape juice allowed?

A: Grape juice is not allowed for the Catholic Mass, but the use of “mustum” can be permitted. Mustum is a kind of wine that has an extremely low alcohol content. It’s made by beginning the fermentation process in grape juice, but then suspending the process such that the alcohol content generally remains below 1 percent, far lower than the levels found in most table wines.

Q: I understand other faiths have gluten-free substitutes. With the church’s insistence on the presence of wheat in the Communion wafer, has this caused any problems in ecumenical dialogue?

A: No, this has not been an issue in ecumenical dialogue.

Q: Who do I talk with if these issues are a concern of mine? Must my pastor accommodate my needs?

A: Someone who suffers in this way should talk to his or her pastor. Naturally, if someone arrives with this kind of request at the last second before Mass is set to begin, the pastor might not be able to accommodate his or her needs. But if someone reaches out in a reasonable manner, pastors are happy to help. Again, if someone runs into difficulties in this regard, he or she should contact the bishop’s office for assistance. One of the greatest duties and privileges of bishops and priests is making the Eucharist available to the Catholic faithful, and they do their best to make this possible.