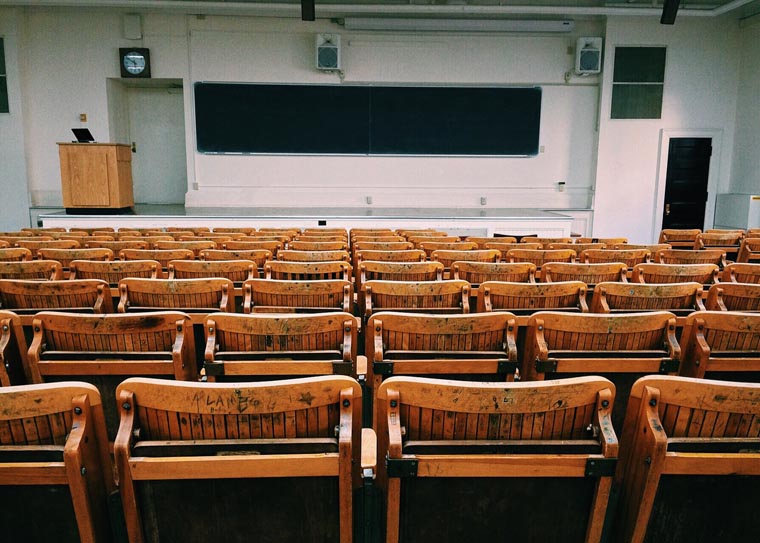 WASHINGTON (CNS) — Refugees need education and jobs just as much as they need food and shelter, according to a new report by Catholic Relief Services and a Nov. 6 panel discussion about it at the National Press Club in Washington.

“School is a game changer for refugees” because it gives them a sense of normalcy, said Giulia McPherson, director of advocacy and operations for Jesuit Refugee Service, one of the panelists.

She said education is a top priority and noted that refugees are currently five times more likely to be out of school.

Providing an education for those who have fled their homelands is not just a way to help people find a path to success or college but to give an “opportunity for hope,” McPherson said, with the end goal of learning a trade to support their families.

She also said agencies that help refugees should provide teacher training, not just educational materials, and also should consider adapting the curriculum from the refugees’ countries of origin.

Learning employable skills and then being able to get a job is often easier said than done for many refugees.

Elias Bakhash, a Villanova University student and Syrian refugee working with Catholic Relief Services, can attest to this firsthand. He fled Syria and lived in Jordan, Turkey and briefly in Dubai, before coming to the United States, but was unable to find work or get a job for which he was qualified in part because, he said, people think “refugees are here to take our jobs.”

Enabling refugees to get work permits would be one solution, said Bakhash, one of the panelists at the CRS event. He also said he was “not sure how to address the tension between host countries and refugees” and added: “It’s very complex.”

Some of the complexities are outlined in the CRS report: “Little by Little: Exploring the Impact of Social Acceptance on Refugee Integration Into Host Communities.” It looks at the social integration of refugees in Ecuador, Jordan and India.

The report notes the sheer number of people in exile — 22.5 million — and says the capacity of countries to cope with these numbers requires serious conversation about how to best meet short and long-term needs.

Panelists noted that just a year ago the U.N. General Assembly called for a two-year review process to develop a comprehensive refugee response framework, known by its acronym CRRF.

A year into the review amid a growing refugee crisis and polarized views about refugees around the world heightens the call to come up with a clear way forward, noted a few of the panelists.

The CRS report says almost 75 percent of refugees are displaced for more than five years and developing countries “bear a disproportionate burden of hosting refugees.”

“The sheer number of people seeking protection and the capacity of host countries to cope with those numbers are changing the conversation around how the international community should best respond,” the report adds.

A case in point is the current situation in Bangladesh, where more than 600,000 Rohingya Muslims from Myanmar have fled, escaping violence.

The small country is bracing for a massive humanitarian crisis because of a lack of food, sanitation, medicines and even basic housing, but as McPherson pointed out, education and pastoral care are also priorities for church-sponsored relief agencies.

“We’ll be held accountable for how we respond to the Rohingya,” she said, adding that the situation of “dire, dire circumstances is unprecedented.”