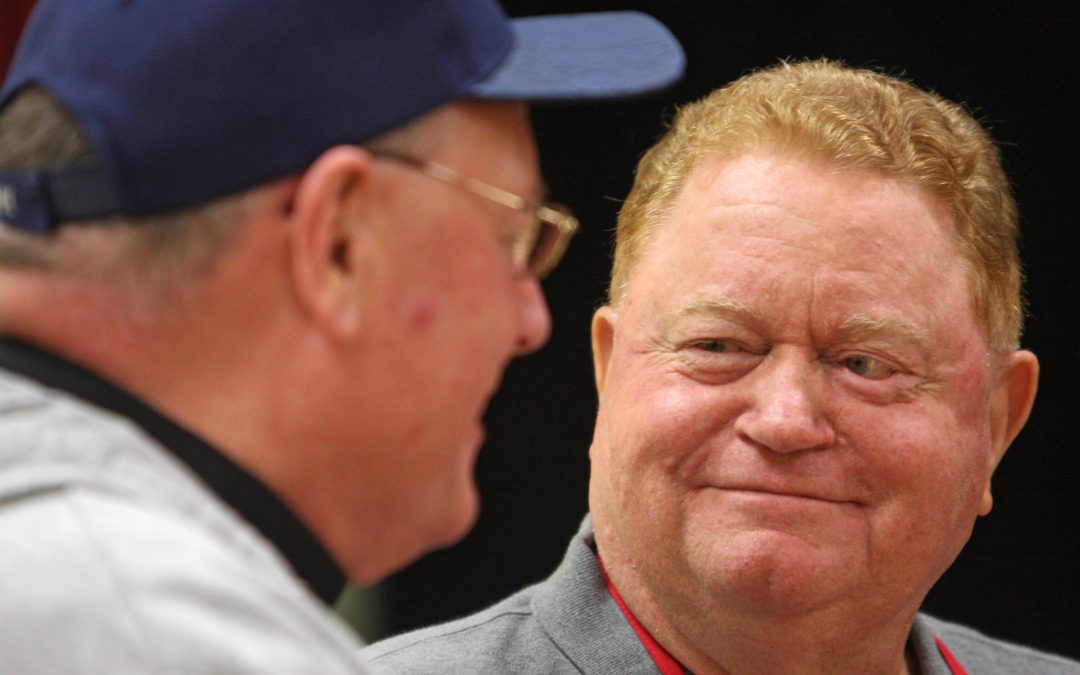 Born Daniel Joseph Staub in 1944, he became the second player after Ty Cobb to belt a major-league home run both before his 20th birthday and after his 40th birthday. He also became the first player to collect 500 base hits for four different teams: the Houston Astros, the Montreal Expos, the Detroit Tigers and the New York Mets.

Staub, who honed his game at Jesuit High School in New Orleans, endeared himself to fans of Montreal’s expansion team by learning French. He became known as “Le Grand Orange” for his unmistakable shock of red hair.

After retiring from baseball following the 1985 season, Staub established the Rusty Staub Foundation, which collaborated with Catholic Charities in supporting emergency food pantries. Before leaving the game, Staub opened two restaurants in New York that bore his name.

Staub also established the New York Police and Fire Widows’ and Children’s Benefit Fund, which has raised millions of dollars for the families of first responders killed in the line of duty. The fund redoubled its efforts following the 9/11 terror attacks that struck New York City in 2001.

“With all of New York, the Archdiocese of New York joins in mourning the passing of our beloved Rusty Staub, New York Cardinal Timothy M. Dolan said in a March 29 statement.

“Known as a great baseball player and teammate, Rusty was also a great philanthropist, who did so much to support Catholic Charities, Catholic schools, and our Catholic food pantries and food distribution programs,” the cardinal said. “Whenever we were together, he would say, ‘Tell me what you need, Cardinal,’ and he would always come through.”

A six-time All-Star, Staub was remembered by Jesuit High School after his death.

“The baseball world lost a great man of the game,” the school said of Staub, who graduated from Jesuit High in 1961, on its website. “Rusty was a great Blue Jay. In 1960, he was a member of the Jesuit American Legion world championship team. In 1991, he was named Jesuit’s Alumnus of the Year.”

In 2016, the Clarion Herald, newspaper of the Archdiocese of New Orleans, featured a reminisce of a future priest who let Staub pinch-hit for him in a youth league game.

St. Cecilia, the equivalent of the New York Yankees in New Orleans’ CYO baseball circuit in the mid-1950s, was crushing yet another overmatched opponent by double digits late in the game one evening when Bob Massett, then a 15-year-old Holy Cross High School junior — and now a retired monsignor — limbered up in the on-deck circle at Stallings Playground. The St. Cecilia coach, Firmin Simms, looking at the score, tapped young Massett on the shoulder.

“Bob,” Simms said, “you don’t mind if Rusty pinch-hits for you?”

Msgr. Massett, says he is the only priest in history that Staub ever pinch-hit for.

Staub collected 2,716 hits, including 292 home runs, in his big-league career. He starred for the Mets in their seven-game 1973 World Series loss to the Oakland A’s.

In one game with the Mets in 1985, Staub’s last season, a generation before infield and outfield shifts became common in the majors, Staub — by this time principally a pinch-hitter — had to play in the outfield in an extra-inning contest against the Pittsburgh Pirates because the Mets were running out of players. Depending on whether the batter was right-handed or left-handed, Mets manager Davey Johnson had Staub play the opposite field to lessen the chance of a ball being hit in the 41-year-old’s direction.

In the top of the 18th inning, Pirates pinch-hitter Rick Rhoden, a right-handed hitter, lofted — as luck would have it — an opposite-field fly ball in Staub’s vicinity. Staub made a running catch below his knees near the right-field line to prevent a run from scoring. “That was as fast as I could run,” Staub said after the game. The Mets won in the bottom of the 18th.

Staub never married. He is survived by a brother and two sisters. The Mets had a moment of silence for Staub and another onetime Met, Ed Charles, March 29 before their Opening Day win over St. Louis.