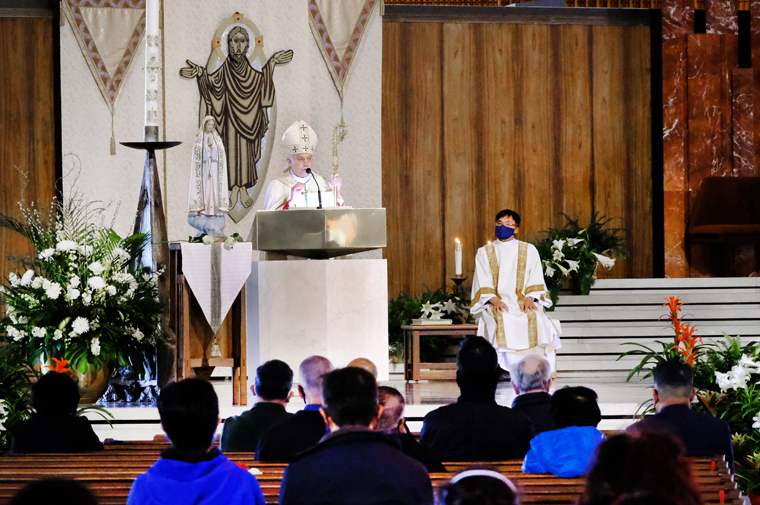 SAN FRANCISCO (CNS) — Decrying a rise in racial violence especially against Asian Americans, including in San Francisco, a city that has always offered “a welcoming and stable home” to newcomers, Archbishop Salvatore J. Cordileone led a prayer service for unity, healing, and peace April 10.

“Our city has always been known as a place that welcomes the foreigner, a place of harmonization of diverse cultures where all can be who they are and thrive in community with others,” the archbishop said in his homily at the afternoon prayer service at St. Mary’s Cathedral of the Assumption.

It’s “a place where no one has to wander anymore to find a welcoming and stable home,” he added, drawing on the opening lyrics of the city’s official song: “San Francisco, open your Golden Gate/You’ll let no stranger wait outside your door/San Francisco, here is your wanderin’ one/Saying I’ll wander no more.”

The prayer service, attended by about 100 people, was open to Catholics and people of other faiths. It was organized by Father Peter Zhai, director of the archdiocese’s Chinese ministry.

The inoculation against racism “can be summed up in one word: virtue,” Archbishop Cordileone said.