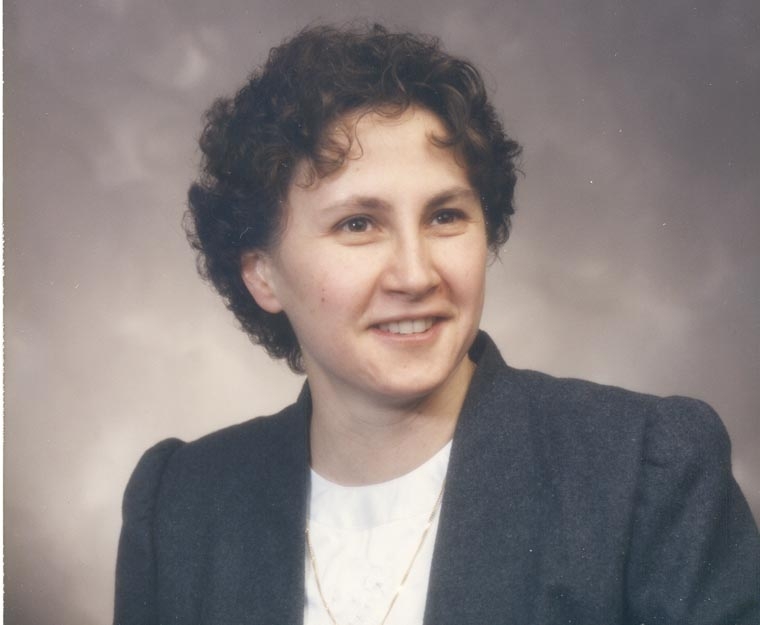 It’s not surprising that Sister James Peter Ridgeo, OSF, coordinator of medical services at Assumption Church’s Poverello Health Center in Syracuse, will be receiving the Bishop’s Medallion at Catholic Charities’ House of Providence Dinner on May 20. The award honors individuals for their service to the Diocese of Syracuse.

Sister JP has been serving at Poverello Health Center, a facility staffed by volunteers that provides free medical care to people without medical insurance in the Central New York area, since 2000. Sister Dolly Bush, OSF, director of Franciscan Northside Ministries, works closely with her to provide care to those in need.

“It’s very flattering, but our volunteers are the unsung heroes,” said Sister JP on receiving the award.

The Poverello Health Center is an offshoot of the Franciscan Northside Ministries, which was founded in 1998 by Franciscan Sisters Dolly Bush and Suzanne Lamanna, M.D. They noticed that what their clients needed the most was health care and legal assistance.

The center is marking its 15th anniversary this year.

Sister JP was working as an LPN at St. Joseph’s Hospital in Syracuse when she met Sister Suzanne. Eventually, Sister JP took on a part-time position at Poverello and then became director of the center in 2000. “I wanted to work with the poor and impoverished,” remembered Sister JP.

Sister JP remembers wanting to become a nurse from the time she was a small child. “I used to bandage up my father’s leg,” she recalled.

When she was 10 years old, she traveled with her family to New York City to see the World’s Fair. It rained on one of the days they were visiting so they decided to see the film “The Nun’s Story.” After watching it, Sister JP decided that she was going to become a nurse and travel to Africa.

She achieved both of those goals. Of her stint at the clinic in Africa, Sister JP said, “I liked it. I enjoy helping people, especially those who cannot help themselves.”  She has also worked as a nurse at St. Elizabeth Hospital in Utica, Mercy Rehabilitation Center in Auburn and the Gingerbread House Preschool and Childcare Center in Syracuse. In addition, she served as vocation director for her community.

Sister JP made her final vows on August 6, 1982. She said she really likes her community of sisters. “We are like-minded people who eat and pray together,” she said. She said she was attracted to the Sisters of St. Francis because she “noticed they were very joyful and they always had time to socialize and help one another out.”

Today, Sister JP’s work at the Poverello Health Center reflects the Sisters of St. Francis of the Neumann Communities’ charism.

“I enjoy the ministry very much,” Sister JP said. “I like the variety of people that we serve and I’ve developed relationships with people on the North side. I like treating the whole person — the spritual, emotional and physical.”