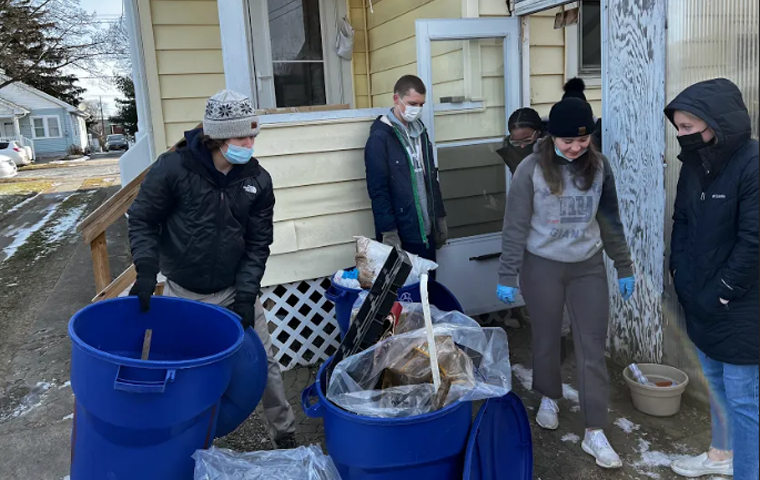 Why would a group of Roman Catholics, Russian Orthodox, Mennonites, Sikhs, Unitarian Universalists, Muslims and other humanitarians join together to sponsor a family of Afghan refugees? Perhaps they were inspired by the Golden Rule of doing unto others as you would have done to you. Or they may feel it is their moral obligation to assist those facing oppression such as a family fleeing from the Taliban. Whatever their reasons, the Southern Tier Afghan Resettlement Group (STAR) is sharing their time, energy, resources and connections to ensure that an Afghan refugee family is able to resettle and start a new life safely in the United States.

Thousands of Afghan refugees evacuated to the U.S. in mid-August which prompted the creation of an emergency resettlement program titled Sponsor Circles which enables groups to sponsor the refugees. STAR, comprised of concerned groups from various faiths and backgrounds located in the Southern Tier, applied to Sponsor Circles because they knew they needed to find a way to help. They immediately began the required tasks of completing applications and background checks, fundraising, securing housing and furnishings, cleaning and painting, stocking the home with food and supplies, and providing technology such as a pro-grade Dell laptop including Wi-Fi. Before a match between refugee Afghan families and sponsors can be completed, Sponsor Circles requires sponsors to secure at least $2,275 for each family member. The STAR group has raised enough funds to support a family for at least six months and possibly longer. Additionally, both a local physician and a dentist have offered to provide their services free of charge for the refugee family.

The STAR group continues to work fast and furiously to prepare for the arrival of the Afghan family. Sponsor Circles will notify the STAR group when they have completed the interview process with the family. STAR has been informed by Sponsor Circles that they will be sponsoring a family of eight. As the arrival time draws near, the STAR “to do” list continues to expand and includes securing cell phones, televisions, transportation and clothing, as well as linking the family to resources and other services in the community. The STAR group will also help register the children for school and connect the parents to opportunities for obtaining employment. It is quite clear based on what STAR has achieved within a short timeframe that there is great power when diverse religious groups join together to serve those in need.

For those interested, donations can be sent to St. Francis of the Assisi Church, 1031 Chenango St., Binghamton, NY 13901, marked with attention: STAR or refugees.