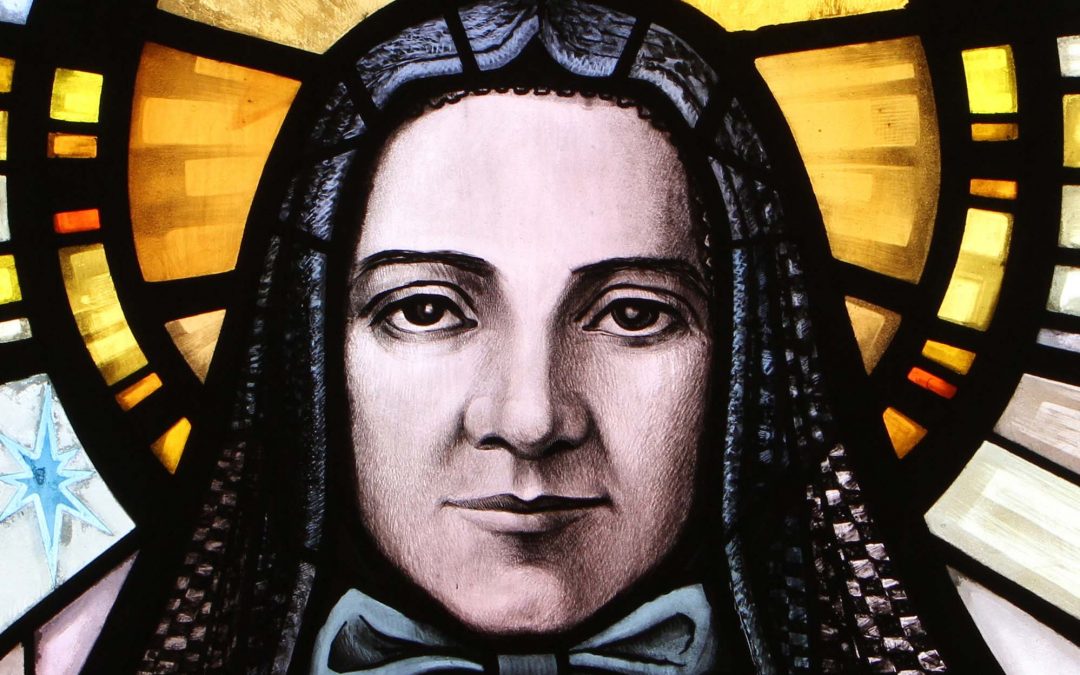 VATICAN CITY (CNS) — St. Frances Cabrini, the missionary to Italian immigrants in the United States in the late 1800s and early 1900s, “teaches us the path to handling the epochal phenomenon of migration by joining charity and justice,” Pope Francis said.

The nun, who died Dec. 22, 1917, in Chicago, “understood that modernity would be marked by these enormous migrations and by human beings who were uprooted, in a crisis of identity, often desperate and lacking the resources needed” to make a new life in a new land, the pope said.

Pope Francis wrote about the nun, the first U.S. citizen to become a saint, in the preface to a new Italian biography of her. Lucetta Scaraffia, a historian and frequent contributor to the Vatican newspaper, wrote the book, “Tra Terra e Cielo” (“Between Earth and Heaven”).

St. Frances Cabrini wanted to be a missionary in China, but Pope Leo XIII asked her to go instead to the United States to care for Italian immigrants. “Frances obeyed,” Pope Francis wrote, “and a world was thrown open before her: that of hundreds of thousands of human beings who sought work and bread far from their homelands, risking long voyages that were often dangerous in lands that were unknown and hostile.”

Sister Cabrini set up “large, beautiful and lasting” schools, hospitals, orphanages and centers for welcoming and assisting refugees, the pope said. When the large wave of Italian immigration ended, she and her sisters focused on whatever group of newcomers needed their help most.

But she “knew that it wasn’t enough to help them materially, teach them the language of their new country and cure them when they were sick,” the pope wrote; she also knew that their self-respect and identity needed support and that the roots of both were found often in their faith.

“Insertion into a new country meant accepting its rules and laws” and being treated with dignity, the pope said. “These objectives are still valid today” and include “the recognition of and respect for one’s religious roots and those of others.”

The very concrete, but all-encompassing outreach of St. Frances Cabrini, he said, is why it was “precisely a woman who became the patron of migrants.”

She demonstrated what Pope Francis called “feminine qualities — warmth, welcome, concreteness in meeting the needs of others, gracious care of the weak — along with a holistic vision of the changes that were taking place in the world.”

“She was a woman who knew how to unite great charity with a prophetic spirit that understood modernity in its less positive aspects, those aspects that involved the earth’s poor whom intellectuals and politicians did not want to see,” he said.