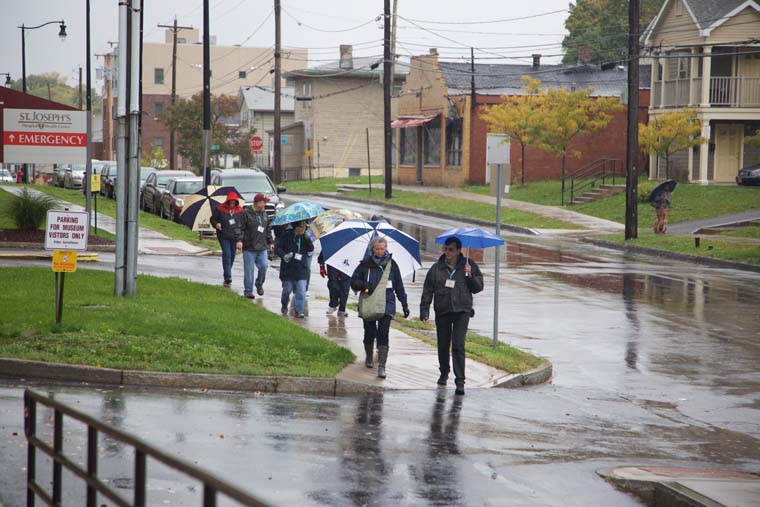 Memorial bricks in the Maurillo Family Garden at the St. Marianne Cope Shrine & Museum in Syracuse were blessed October 21, the anniversary of St. Marianne’s 2012 canonization. The following day, intrepid walkers braved the rain and chilly temperatures to commemorate the anniversary of the departure of St. Marianne and her fellow Franciscan sisters from Syracuse for Hawaii by walking in their footsteps -— a journey from the Motherhouse on Court Street to Assumption Church, St. Joseph’s Hospital and the adjacent shrine and museum, and the site of the former train station downtown.

St. Marianne Cope was born in Germany in 1838, later emigrating with her family to Utica N.Y. She ministered in healthcare and education throughout the Diocese of Syracuse as a Sister of St. Francis. She left Syracuse for Hawaii in 1883 to care for patients with Hansen’s disease, serving in that ministry until her death in 1918. She was canonized by Pope Benedict XVI in 2012.