Survey: Catholics want church to invest funds in line with its values 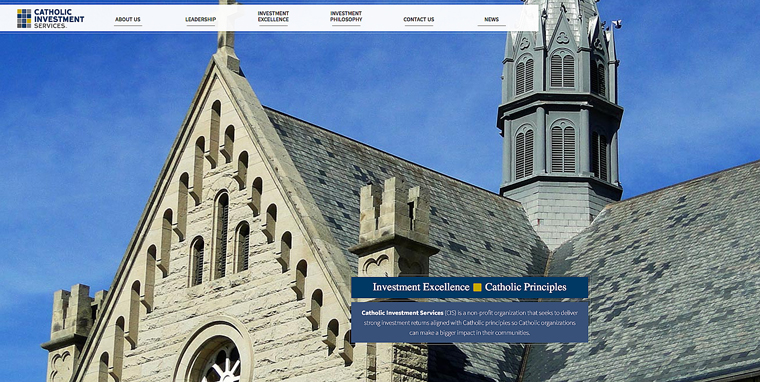 WASHINGTON (CNS) — More than 90% of Catholics said they believe that Catholic organizations should invest church funds in ways that are consistent with church teaching and values, according to results of a new survey.

However, 41% of respondents said they either plan to donate less to their parish or are considering giving less in the future.

“My sense is that this (awareness of socially responsible investing) increasingly is a personal issue that people in the pews feel,” Jeton told Catholic News Service.

“There is increasing talk of the notion of donating financial resources and to what kind of causes and there is an implied stewardship that needs to be played there,” he explained. “If you are a parish or a diocese receiving this kind of funding, what kind of obligation is there to invest in a way that could be considered consistent with the church in a whole group of things.”

Nearly nine in 10 respondents — 87% — also said they believed socially responsible investing can be done without sacrificing financial gains. Meanwhile, 13% of respondents disagreed with that standard.

The survey involved 500 Catholic adults who answered a series of online questions March 19. It has a margin of error of plus or minus 4.5%.

Those guidelines, in place since 2003, are divided into six broad categories: protecting human life, promoting human dignity, reducing arms production, pursuing economic justice, protecting the environment and encouraging corporate responsibility. Each category lists specific areas of concern, such as abortion, racial discrimination, labor standards and other social needs in which the church has had a voice.

As far as the impact of the reemergence last summer of the sexual abuse crisis on individual Catholic donors, the survey found that 31% of respondents have reduced their contributions to their parish and 7% have considered doing so. On the other hand, 63% of respondents said the crisis has had no impact on their giving practices.

In response to a question about future donations, 14% of respondents said they plan to give less to their parish and 27% said they are considering giving less. However, 59% said there would be no change in giving.

Jeton said such results would be of concern to diocesan financial officers because any reduction in parish giving will result in less funding for diocesan operations. Under current arrangements, each parish is required to provide a set percentage of its annual collection to help operate a diocese.

If less funding is being received, diocesan financial officers will have to look at ways to boost their return on investments, Jeton explained.

“Return is particularly important if your donor base is not quite as generous as they might have been in the past,” Jeton said. “That should cause people to think how they invest their money, how profitable is it and when was the last time they took a look at this.”

“It helps us think about the kinds of discussion that may be happening at a parish or diocesan level in terms of this issue in making sure that the money is managed in a way that is consistent with Catholic values,” he said. “The more the laity will express that, the greater importance it will take at the diocesan level.”