The ‘Battle of the Bishops’ 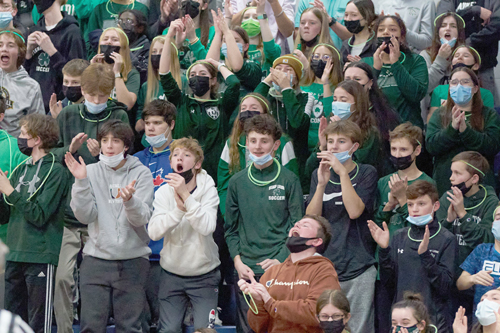 Bishop Grimes High School served as the host of the “Battle of the Bishops” on Friday evening, Feb. 11, as both the girls and boys varsity basketball teams of Grimes and Bishop Ludden engaged in Onondaga High School League play.

The Grimes’ Lady Cobras were hoping to avenge a buzzer-beater loss on a half-court shot by Ludden’s  Elizabeth Gaughan in January but it wasn’t meant to be. The Ludden ladies posted a 56-49 win in this rematch in the evening opener, led by senior guard Kaitlyn Kibling’s  27 points and 9 rebounds. Junior forward Amarah Streif added 10 points for Ludden.

In the nightcap, the Grimes Cobras evened the day’s tally with an 88-70 victory over the Gaelic Knights. Ludden’s Jaiden Holloman led all scorers with a 33-point performance in defeat.