The humble will be exalted 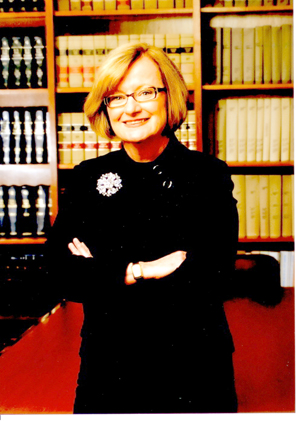 Three community leaders to be honored by Catholic Charities

More than 600 guests will attend the 25th annual House of Providence Dinner on May 19 at the OnCenter in Syracuse starting with a reception at 5:30 p.m. and followed by a dinner at 7 p.m. Catholic Charities will honor three individuals for their outstanding community service and for making a significant difference in Central New York.

Dan Cummings of 9 WSYR News will emcee as awards are presented to this year’s honorees: Betsy Hartnett, Father Fred Mannara and Joe Tesori.

Betsy Hartnett, a partner with the Mackenzie Hughes law firm in Syracuse, will receive the President’s Medallion, which honors individuals who, through their voluntary contributions, have immeasurably enhanced Catholic Charities and the community. These individuals exhibit a devotion to the betterment of the human condition and a concern for others, as well as vision and leadership in their contributions.

An active member of several professional organizations, Harnett is a fellow of the American College of Trusts and Estates Counsel and the New York Bar Foundation where she serves as secretary of the Trusts and Estates Section. She has lent her expertise to local charities, serving on the boards of Enable, Elmcrest Children’s Center and the Hiscock Legal Aid Society, among others.

As a pre-eminent attorney in her field, she has written “New York Practice Guide — Probate and Estate Administration” and was a contributing writer for the Syracuse Law Review and Warren’s Heaton on Surrogate’s Court Practice Legislative and Case Digest.

Hartnett currently serves as the editorial advisor of the American College of Trust and Estates Counsel’s Pocket Tax Tables.

She was listed in the “Best Lawyers of America” section of the Trusts and Estates in 2008 and for 11 years previous to that. She was also named one of the 25 Top Women Attorneys in the 2008 edition of New York Super Lawyers.

In her spare time, Hartnett enjoys yoga, tennis, running, climbing and playing bridge with her husband, Fred Honnold. She also treasures spending time with her three children and eight grandchildren.

Hartnett said she feels very humbled to receive the award. “Merely being in the company of awardees Father Mannara and Joe Tesori is a great honor,” she said. “I was very, very surprised to learn that I would receive the President’s Medallion. My work in the community is not glamorous. It involves governance, fundraising and oversight.”

Reflecting on her service to the community, Hartnett shared her thoughts: “We are taught to live as Christian stewards, recognizing the gifts we are given and sharing them in love and justice with others. Giving our time and talents to the community is how we express our faith in action.”

Father Fred Mannara, pastor at Most Holy Rosary Church in Syracuse, will receive the Bishop’s Medallion. This award honors individuals who, through their care, are devoted to actively serving the people of the diocese. Through their vocation and voluntary pursuits, they have lived as models of service to others. This award stands as a testimony to their devotion and commitment to others.

After Father Mannara was ordained in 1963, he served as parochial vicar at St. Bartholomew’s in Norwich and at St. Mary of the Assumption in Binghamton. 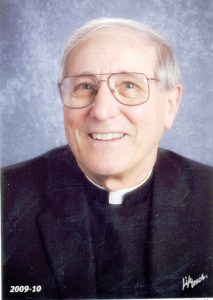 In between his assignments at various parishes, he served as director of the faith centers at Henninger and Fowler High Schools in Syracuse and on the faculty of Bishop Ludden Junior/Senior High School.

Father Mannara served as pastor at Our Lady of Lourdes in Syracuse from 1983 to 1995. Before coming to Most Holy Rosary in 1998, he served as parochial vicar at St. John the Evangelist in New Hartford from 1996 to 1998.

A priest for 47 years, Father Mannara is known for his total commitment to each parish in which he has served, as well as his devotion to his parishioners.

Father Mannara was very surprised to learn that he would be awarded the Bishop’s Medallion. He said that on reflection, he felt that many other priests are deserving of the award for their wonderful deeds. “I feel grateful and honored,” Father Mannara said. “It is especially appropriate during this Year For Priests.”

He said he felt humbled when he learned that many Most Holy Rosary parishioners and his friends have planned to attend the dinner at a considerable personal expense.

When asked why he is so dedicated to his parishioners, Father Mannara replied, “I love the church. I have a relationship with the Lord Jesus whose priesthood I share. I’m inspired to do as much as I can because of the people’s response. They encourage me — it’s very rewarding.”

Receiving the Humanitarian Service Medallion will be a momentous occasion for Joe Tesori, head PGA golf professional at LaFayette Hills Golf & Country Club in Jamesville. “It is really special because my parents adopted me through Catholic Charities,” said Tesori. “I’m very happy and honored to receive the award.”

The Humanitarian Service Medallion honors individuals who have the consistent desire to improve the human condition through a life of service to others, both personally and professionally. Their spirit of concern for others, coupled with their substantial and long-standing commitment to meeting human service needs is recognized with this award. 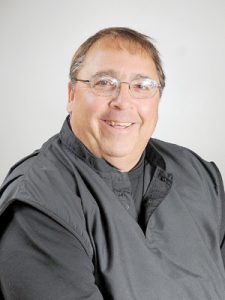 Tesori is a member of the CNY PGA Hall of Fame, regularly competes in PGA events, and was the CNY PGA Player of the Year in 1999, 2000 and 2001. He is also Head Coach of Le Moyne’s Men’s Golf Team.

Tesori has volunteered with Francis House in Syracuse and with the Fayetteville-Manlius Pop Warner Youth Football Association. He has also served on the Board of Directors of First Tee of Syracuse, as basketball coach at Immaculate Conception School in Fayetteville and as basketball referee at Holy Cross School in DeWitt.

Tesori said he enjoys assisting others. “I was brought up with the value that we owe something back to the community,” he said. “I have the ability to give back. True happiness comes from helping others — it’s a no-brainer.”