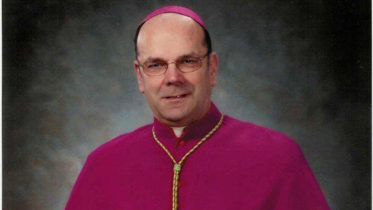 In mid-January, the New York Times published the obituary of a prominent Dominican theologian, the Rev. Edward Schillebeeckx, who died in the Netherlands on Dec. 23.

When I was a seminary student and in later years a student at the Catholic University of America, Father Scheillebeeckx’s book, Marriage: Human Reality and Saving Mystery, was considered a must read. I thought of him, his book and the marriage courses taken many years ago as I sat down to write this article.

I am looking forward to the celebration of World Marriage Day on Feb. 14th, sponsored by Worldwide Marriage Encounter. For more than 25 years, World Marriage Day has been celebrated to honor husband and wife and to salute the beauty of their faithfulness, sacrifice and joy in daily married life. The event originated in 1981 in Baton Rouge, La. and was so successful that the idea was adopted and promoted by Worldwide Marriage Encounter.

Days like this help us to remember and commemorate the importance of marriage and the family in our society. Traditional marriage is under attack and we need to recognize and celebrate this most basic institution. As Catholics we need to spare no effort in promoting and safeguarding the dignity of Christian marriage. We need to be clear in our understanding of what marriage is and be ready to defend it. The Catechism of the Catholic Church clearly teaches: “The matrimonial covenant, by which a man and a woman establish between themselves a partnership of the whole of life, is by its nature ordered toward the good of the spouses and the procreation and education of offspring; this covenant between baptized persons has been raised by Christ the Lord to the dignity of a sacrament,” (#1601). The marriage bond is by its nature perpetual and exclusive and open to the creation of new life.

In Sacred Scripture, we see the beauty of God’s plan for marriage and His enduring presence. In Genesis, the first book of the Bible, we read of God creating man and woman in His own image and likeness. The last book of the Bible, the Book of Revelation, concludes with a vision of “the wedding feast of the Lamb.” In between we hear of marriage as a human reality and a saving mystery. We read of its institution and the meaning God has given it. We see Jesus himself performing His first miracle at the wedding feast of Cana.

Each year about 1,350 couples celebrate the Sacrament of Matrimony in our diocese. For these couples the marriage ceremony is an outward expression of the love they have for each other. This outward expression is blessed by the Church and is a sacrament for the baptized. Christ raised Matrimony to the dignity of a sacrament, giving spouses a special grace to live out their marriage as a symbol of Christ’s love for his bride the church:

“Husbands, love your wives, as Christ loves the church,” (Ephesians 5:25).
In a special way on World Marriage Day, please remember in prayer these 1,350 couples and all of those who have gone before them asking that they be faithful and joyful and open to God’s plan for them in all things.
Most Rev. Robert J. Cunningham
Bishop of Syracuse