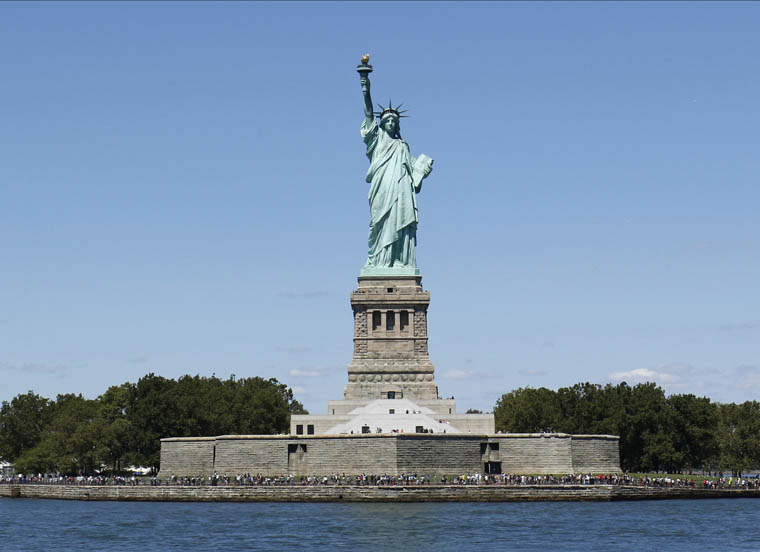 WASHINGTON (CNS) — President Donald Trump’s executive memorandum intended to restrict the entry of terrorists coming to the United States brought an outcry from Catholic leaders across the U.S.

Church leaders used phrases such as “devastating,” “chaotic” and “cruel” to describe the Jan. 27 action that left already-approved refugees and immigrants stranded at U.S. airports and led the Department of Homeland Security to rule that green card holders — lawful permanent U.S. residents — be allowed into the country.

The leadership of the U.S. Conference of Catholic Bishops late Jan. 30 praised fellow prelates for “their witness” in speaking out against Trump’s actions and “in defense of God’s people,” and called on “all the Catholic faithful to join us as we unite our voices with all who speak in defense of human dignity.

“The bond between Christians and Muslims is founded on the unbreakable strength of charity and justice,” said Cardinal Daniel N. DiNardo of Galveston-Houston, USCCB president, and Archbishop Jose H. Gomez of Los Angeles, USCCB vice president, in a joint statement.

“The church will not waiver in her defense of our sisters and brothers of all faiths who suffer at the hands of merciless persecutors,” they said.

“The refugees fleeing from ISIS (Islamic State) and other extremists are sacrificing all they have in the name of peace and freedom,” they said. “Often, they could be spared if only they surrendered to the violent vision of their tormentors. They stand firm in their faith.”

Like all families, refugees “are seeking safety and security for their children,” they said. The U.S. “should welcome them as allies in a common fight against evil” and also “must screen vigilantly for infiltrators who would do us harm.” But the country “must always be equally vigilant in our welcome of friends,” the prelates said.

“Our desire is not to enter the political arena, but rather to proclaim Christ alive in the world today. In the very moment a family abandons their home under threat of death, Jesus is present,” Cardinal DiNardo and Archbishop Gomez said.

In Chicago, Cardinal Blase J. Cupich said in a Jan. 29 statement that the past weekend “proved to be a dark moment in U.S. history.”

“The executive order to turn away refugees and to close our nation to those, particularly Muslims, fleeing violence, oppression and persecution is contrary to both Catholic and American values,” he said. “Have we not repeated the disastrous decisions of those in the past who turned away other people fleeing violence, leaving certain ethnicities and religions marginalized and excluded? We Catholics know that history well, for, like others, we have been on the other side of such decisions.

“Their design and implementation have been rushed, chaotic, cruel and oblivious to the realities that will produce enduring security for the United States,” Cardinal Cupich said. “They have left people holding valid visas and other proper documents detained in our airports, sent back to the places some were fleeing or not allowed to board planes headed here. Only at the 11th hour did a federal judge intervene to suspend this unjust action.”

“The Protection of the Nation From Foreign Terrorist Entry Into the United States,” which suspends the entire U.S. refugee resettlement program for 120 days, bans entry from all citizens of seven majority-Muslim countries — Syria, Iraq, Iran, Sudan, Libya, Yemen and Somalia — for 90 days. It also establishes religious criteria for refugees, proposing to give priority to religious minorities over others who may have equally compelling refugee claims.

“We are told this is not the ‘Muslim ban’ that had been proposed during the presidential campaign, but these actions focus on Muslim-majority countries,” said Cardinal Cupich. “Ironically, this ban does not include the home country of 15 of the 19 Sept. 11 hijackers. Yet, people from Iraq, even those who assisted our military in a destructive war, are excluded.”

He said Pope Francis “followed with a warning that should haunt us as we come to terms with the events of the weekend: ‘The yardstick we use for others will be the yardstick which time will use for us.’”

Bishop Robert W. McElroy of San Diego said the executive action was “the introduction into law of campaign sloganeering rooted in xenophobia and religious prejudice. Its devastating consequences are already apparent for those suffering most in our world, for our standing among nations, and for the imperative of rebuilding unity within our country rather than tearing us further apart.”

“This week the Statue of Liberty lowered its torch in a presidential action which repudiates our national heritage and ignores the reality that Our Lord and the Holy Family were themselves Middle Eastern refugees fleeing government oppression. We cannot and will not stand silent,” he said in a statement Jan. 29.

Shortly after Trump signed the document at the Pentagon’s Hall of Heroes, Bishop Joe S. Vasquez of Austin, Texas, chairman of the USCCB’s Committee on Migration, said the bishops “strongly disagree” with the action to halt refugee resettlement.

“We believe that now more than ever, welcoming newcomers and refugees is an act of love and hope,” Bishop Vasquez said.

The USCCB runs the largest refugee resettlement program in the United States, and Bishop Vasquez said the church would continue to engage the administration, as it had with administrations for 40 years.

“We will work vigorously to ensure that refugees are humanely welcomed in collaboration with Catholic Charities without sacrificing our security or our core values as Americans, and to ensure that families may be reunified with their loved ones,” he said.

He also reiterated the bishops’ commitment to protect the most vulnerable, regardless of religion. All “are children of God and are entitled to be treated with human dignity. We believe that by helping to resettle the most vulnerable, we are living out our Christian faith as Jesus has challenged us to do.”

Cardinal Donald W. Wuerl of Washington called attention to the USCCB statement and the executive action and noted that “the legal situation is still fluid and news reports are sometimes confusing.”

“The political debate, which is complex and emotionally highly charged, will continue, but we must do our best to remain focused on the pastoral and very real work we undertake every day for the vulnerable and most in need … for the strangers at our doors,” he said.

In a letter to the president and members of Congress, more than 2,000 religious leaders representing the Interfaith Immigration Coalition objected to the action.

In a separate statement, Jesuit Refugee Services-USA said the provisions of the executive action “violate Catholic social teaching that calls us to welcome the stranger and treat others with the compassion and solidarity that we would wish for ourselves.”

Sean Callahan, president and CEO of Catholic Relief Services, said: “Welcoming those in need is part of America’s DNA.

“Denying entry to people desperate enough to leave their homes, cross oceans in tiny boats, and abandon all their worldly possessions just to find safety will not make our nation safer. The United States is already using a thorough vetting process for refugees — especially for those from Syria and surrounding countries. CRS welcomes measures that will make our country safer, but they shouldn’t jeopardize the safety of those fleeing violence; should not add appreciable delay nor entail unjust discrimination, “ he said.