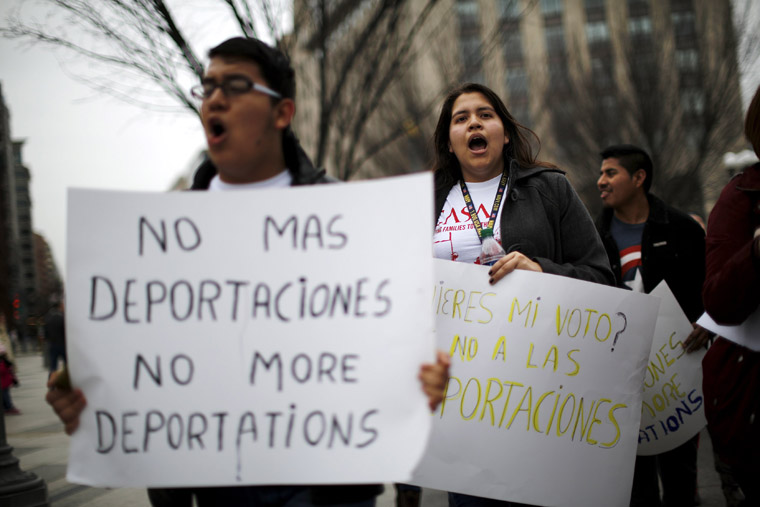 “We disagree with the underlying rationale behind this action: that sending children and families back to the dangerous environment they fled will serve as a deterrent for other children and families who are considering fleeing Central America,” said the Jan. 8 letter, signed by Auxiliary Bishop Eusebio L. Elizondo of Seattle, chairman of the U.S. bishops’ committee on Migration, and Bishop Kevin W. Vann of Orange, California, chairman of the Catholic Legal Immigration Network.

“To send migrant children and families back to their home countries would put many of them in grave danger because they would face threats of violence and for some, even death,” they said.

“DHS’ action contrasts sharply with the statements articulated by President [Barack] Obama himself in November 2014, namely, that his administration would pursue the deportation of ‘felons, not families; criminals, not children; gang members, not a mom who’s working hard to provide for her kids,’” the bishops said.

Bishops Elizondo and Vann noted that nine of the families caught in the raids had received stays on their deportation orders prior to the raids.

Citing due process concerns, they said, “We object to the removal of any migrants who were apprehended without first confirming that they received actual meaningful opportunities to present their asylum claims at hearings in immigration court.”

The two bishops added, “Our organizations have firsthand knowledge that these actions have generated fear among immigrants and have made their communities more distrustful of law enforcement and vulnerable to misinformation, exploitation and fraud.”

They urged the federal government to stop detaining immigrant women and children. “There is simply no humane way to detain children,” they said. The bishops also urged not only a halt to further such raids, but an increase in the number of immigration attorneys and judges who can hear immigrants’ cases, to “support humanitarian efforts in the region that will help to end the violence and stop conditions that force people to flee their homes.”