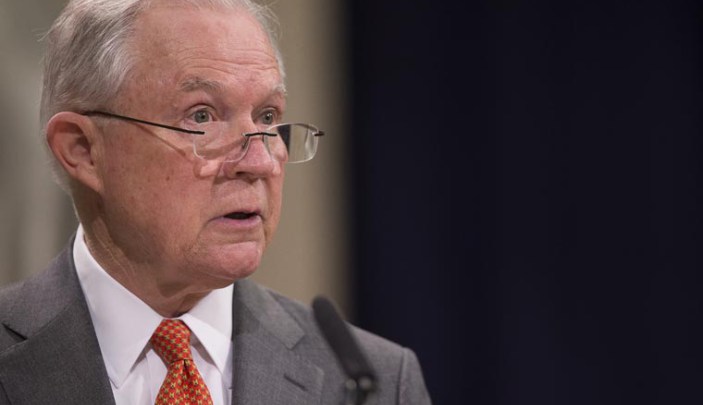 WASHINGTON (CNS) — U.S. Attorney General Jeff Sessions issued a decision Sept. 18 curtailing the powers of U.S. immigration judges in deportation proceedings, a move that may make it easier for the Trump administration to deport migrants.

The news agency Reuters reported Sept. 19 that Sessions set limits on the ability of judges to terminate deportation cases and said the judges “have no inherent authority to terminate removal proceedings even though a particular case may pose sympathetic circumstances.”

If a judge terminates or dismisses a case, in some circumstances, the move may buy some time for the person under deportation proceedings to pursue a different way to remain in the country.

Some worry that the new directive paves the way for speedier and more abundant deportations, perhaps signaling upcoming aggressive moves by the Trump administration on the immigration front.

In mid-September, in discussing with Hill.TV how a monument in Pennsylvania marking where one of the planes involved in the 9/11 attacks went down inspired him, President Donald Trump spoke of the “gorgeous wall where the plane went down in Pennsylvania, Shanksville,” hinting also at the border wall he wants to build between the U.S. and Mexico. The 9/11 memorial has a series of walls.

“I’ll be doing things over the next two weeks having to do with immigration, which I think you’ll be very impressed at,” he told Hill.TV Sept. 18, the same day Sessions announced the directive.

The executive director of the lawyers association, Benjamin Johnson, said in a statement that the move was “part of a systematic effort to marginalize the role of immigration judges in their own courtrooms.”

Jeremy McKinney, the organization’s treasurer, said the decision shows that the attorney general “wants every case to move as fast as possible toward deportation regardless of the specific circumstances. Our nation needs immigration judges to be fair and neutral when making life and death decisions.”