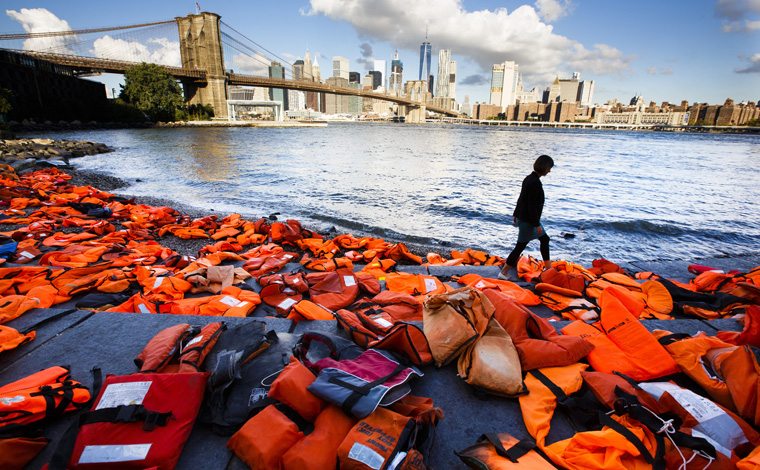 WASHINGTON (CNS) — The U.S. bishops in a pastoral reflection released March 22 called all Catholics to do what each of them can “to accompany migrants and refugees who seek a better life in the United States.”

Titled “Living as a People of God in Unsettled Times,” the reflection was issued “in solidarity with those who have been forced to flee their homes due to violence, conflict or fear in their native lands,” said a news release from the U.S. Conference of Catholic Bishops.

“To live as a people of God is to live in the hope of the Resurrection,” said the reflection, which was approved by the USCCB Administrative Committee on the first day of a two-day meeting in Washington.

The 50-member committee is made up of the executive officers of the USCCB, elected committee chairmen and elected regional representatives. It acts on behalf of the nation’s bishops between the twice-yearly general meetings.
“To live in Christ is to draw upon the limitless love of Jesus to fortify us against the temptation of fear,” it continued. “Pray that our engagement in the debate over immigration and refugee issues may bring peace and comfort to those most affected by current and proposed national policy changes.”

The bishops urged Catholics to pray for an end to the root causes of violence and other circumstances forcing families to flee their homeland to find a better life; to meet with newcomers in their parishes and “listen to their story, and share your own”; and to call, write or visit their elected representatives to ask them to fix our broken immigration system” in a way that would safeguard the country’s security and “our humanity through a generous opportunity for legal immigration.”

The statement opened with a passage from Chapter 19 of the Book of Leviticus: “The word of God is truly alive today. When an alien resides with you in your land, do not mistreat such a one. You shall treat the alien who resides with you no differently than the natives born among you; you shall love the alien as yourself; for you too were once aliens in the land of Egypt.”

The bishops urged Catholics to “not lose sight of the fact that behind every policy is the story of a person in search of a better life. They may be an immigrant or refugee family sacrificing so that their children might have a brighter future.”

“As shepherds of a pilgrim church,” they wrote, “we will not tire in saying to families who have the courage to set out from their despair onto the road of hope: “We are with you.”