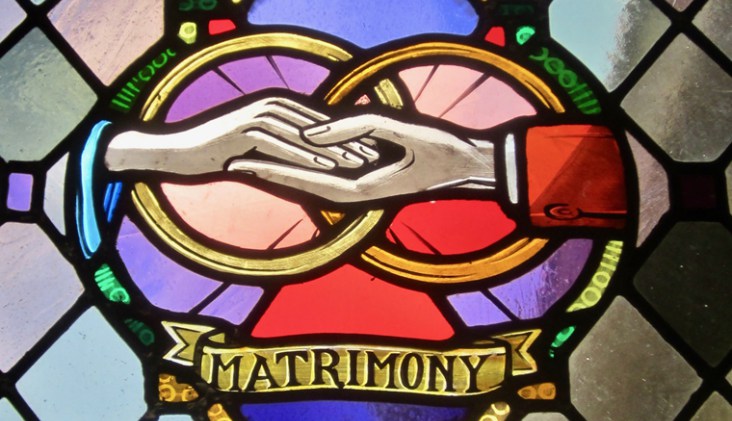 WASHINGTON (CNS) — Amid controversy caused by a Vatican official’s assertions that priests “have no credibility” in marriage preparation, representatives from dioceses across the United States maintain that both priests and laity have integral roles in the process.

“Both priests and laypeople have something unique to offer,” said Archbishop Wester. “I think any marriage preparation program should include both clergy and lay involvement and leadership. To have one or the other would be deficient. We need to have both.”

In an interview with the Irish bishops’ magazine Intercom, Cardinal Kevin Farrell, head of the Vatican’s Dicastery for Laity, Family and Life, said “priests are not the best people to train others for marriage.”

“They have no credibility; they have never lived the experience; they may know moral theology, dogmatic theology in theory, but to go from there to putting it into practice every day … they don’t have the experience,” said Cardinal Farrell, former bishop of Dallas.

While expressing personal respect for Cardinal Farrell, Archbishop Wester said, based on his own experience in multiregional dioceses, he believes priests are extremely competent in marriage preparation, given their pastoral interactions with couples and families within their parish communities. Priests have opportunities to develop greater skills in the seminary or in collaborative programs after ordination, he said.

A bigger problem facing the church, Archbishop Wester says, is lack of parenting. Although much time is spent on marriage preparation, he describes lack of essential parenting skills as a major issue hurting families everywhere.

“We’re seeing the breakdown of the family. One of the reasons is that parenting skills are not there,” he said.

“We need to spend more time on parenting. That’s something that people don’t necessarily know how to do,” he added. “They just repeat their experience, which may or may not be the best.”

Archbishop Wester said he believes society’s focus on responsible parenting has deteriorated in recent years, especially given lack of work-life balance for parents and changing role dynamics in households. As a result, he said, the church is encountering more people with a definite lack of parenting skills.
“I think that’s an area the church can do more in — helping couples reflect on and better prepare to be good parents, across the world, and especially in the United States,” the archbishop said.

The Diocese of Orange, California, also accomplishes marriage prep through cooperative efforts of clergy and laypeople. Like Archbishop Webster, church leaders in Orange emphasize the importance of teamwork between priests and laity in this area.

“Marriage preparation needs to be conducted by the whole community of faith through an intentional and collaborative partnership of family, clergy, catechists, other instructors and other married couples,” said Linda Ji, diocesan director of pastoral care for families in all stages.

From the Diocese of Peoria, Illinois, Msgr. Philip D. Halfacre said he believes priests not only can be good listeners, but inspirational shepherds to their parishioners.

“In my own experience as a priest for the past 27 years, I see the sense in which the church is indeed something of a ‘field hospital,’ as Pope Francis has said,” said Msgr. Halfacre.

He said many people come to ordinary parish priests on a daily basis just to talk.

“The faithful have the intuitive sense that they can share with their priests the burdens they carry as well as the great joys of their life,” said Msgr. Halfacre.
He said that, over time, priests begin to recognize patterns in the way people describe relationships and thus develop insights about how to advise them, which Msgr. Halfacre said is an important element in forming a priest’s “pastoral wisdom.”

He said priests are “in a unique position to keep before the minds of their parishioners the hope that they really can live a good life, a holy life that is pleasing to God.”

“And having encouraged them and giving them the sense that we believe in them, they often find the strength to aim higher and to achieve more than what they previously thought was possible,” he added.