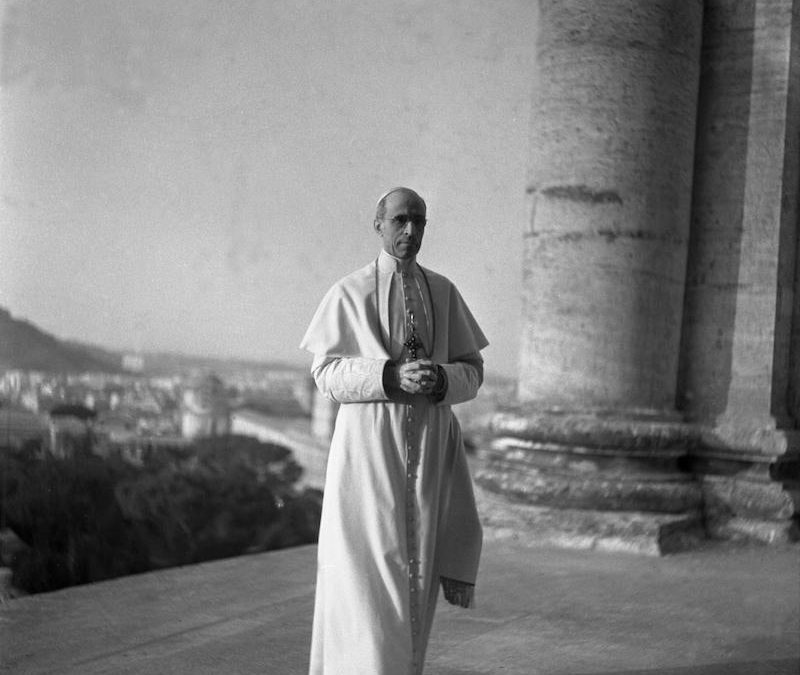 Pope Pius XII, who led the Catholic Church from 1939 to 1958, is pictured in this undated photo. Pope Francis announced March 4 that all the documents on Pope Pius in the Vatican Secret Archives will be made available to researchers starting March 2, 2020. (CNS photo | Vatican Media)

WASHINGTON (CNS) — By next year, Jewish people everywhere will know what World War II-era Pope Pius XII did — and didn’t — do to save Jewish lives during the worst ethnic cleansing in human history.

As Catholic News Service reported March 4, Pope Francis announced that records in the Vatican Secret Archives on the 260th pope would be opened to scholars next year, commenting that the church “isn’t afraid of history.”

In Washington, Rabbi Shmuel Herzfeld of Ohev Sholom, also referred to as The National Synagogue, praised the decision in a phone interview with CNS, relating that the “honesty” of the Vatican’s move would strengthen the dialogue between Jews and Catholics.

“(I feel) like the Catholic Church has very strong leadership right now,” Rabbi Herzfeld said, though he pointed out that generally good Catholic-Jewish relations in the modern day don’t satisfy lingering questions many Jews have about the Catholic reaction to the Holocaust.

The rabbi also noted there “is still a local parish church on the grounds of Auschwitz.” He was referring to Auschwitz II-Birkenau, which is part of the huge Auschwitz complex in Poland and where a Catholic church and school occupy former headquarters of the SS. “That’s not acceptable,” he told CNS.

Rabbi Herzfeld also declared it is “a very serious question … to what extent (Pope Pius XII) was aware of the horrible crimes committed against the Jewish people,” claiming that it is “possible” that undesirable things will be revealed by the newly available archives.

But overall, he was laudatory of the Vatican, awaiting the “greater clarity and detail” the archive release would bring to the conversation.

The U.S. Holocaust Memorial Museum in Washington also commended the Vatican’s move, with the museum director, Sara J. Bloomfield, saying in a news release that “it is long overdue for speculation to be replaced by rigorous scholarship. … This is important for the sake of historical truth, but there is moral urgency too: we owe this to the survivor generation, which is rapidly diminishing.”

The Vatican does seem to have expedited the release of Pope Pius XII’s archives in recognition of Holocaust survivors, as there is usually a 70-year gap between a pontiff’s tenure and the publicizing of records.

The release also noted that “for more than a decade, the museum has enjoyed a cooperative relationship with the Vatican Archives, thanks in particular to the decision of St. Pope John Paul II to open to researchers some archival collections relating to the rise of Nazism in Germany.”

Pope Pius has historically been the subject of controversy between Jews and Catholics, as Catholics often tout his “secret diplomacy” and ties to the German resistance as signs that the pope was covertly attempting to undermine the Holocaust, while some Jews claim the underground nature of his work was more a sign of apathy than action.

Pope Francis acknowledged as much in his announcement. CNS reported him as saying that Pope Pius’ reign was a story of “moments of grave difficulties, tormented decisions of human and Christian prudence, that to some could appear as reticence” but that his actions also could be regarded as keeping “during periods of the greatest darkness and cruelty, the small flame lit of humanitarian initiatives, of hidden but active diplomacy.”