U.S. seminarians from Rome have parish placements during pandemic 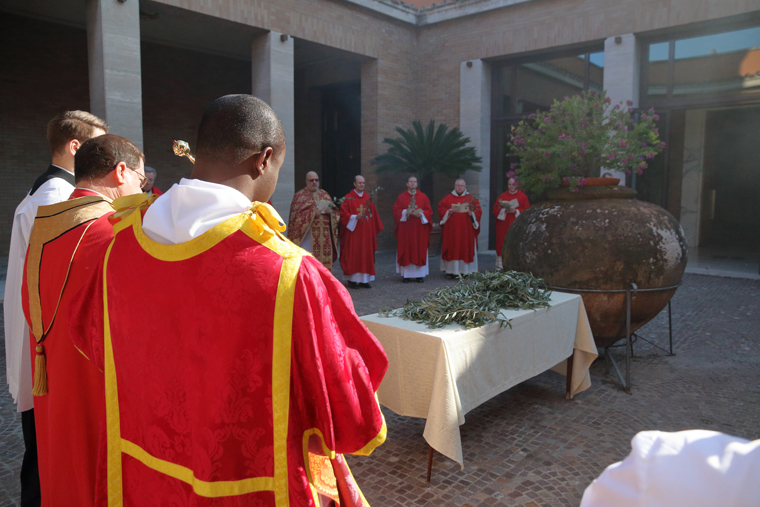 ROME (CNS) — The U.S. seminarians who were studying at Rome’s Pontifical North American College have or are about to complete their 14-day quarantine at home and will be getting very unusual pastoral experience in U.S. parishes that are finding ways to minister to Catholics amid the restrictions imposed to slow the coronavirus pandemic.

Father Peter C. Harman, rector of the college, told Catholic News Service April 6 that 30 people — mostly faculty and staff, but also some Australian seminarians — remain at the seminary on Rome’s Janiculum Hill and about 12 at the Casa Santa Maria, a residence for priests doing graduate studies at Rome’s pontifical universities.

The North American College opened in 1859 at the Casa Santa Maria property, near the Trevi Fountain.

Father Harman said that with the coronavirus, “we are not closed down, but operating a smaller house.” Before the pandemic hit, the college seminary had 192 students; just over half of them were called home by their bishops or vocations directors in early March when schools and universities throughout Italy were closed and the country went on lockdown.

The college had announced March 23 that the rest of the students were to return home if possible.

“Most will be, or already are, in parishes after their 14-day quarantine has ended, so they will be in a parish experience for the time being,” he said.

As for the rest of the academic year, no one really knows what will happen, the rector said.

“If it is possible that the restrictions are lessened here again in the near future, then they could return in May or June, but we are not sure where the U.S. will be in relation to Italy on the ‘curve'” of new infections, he said, or “if there would be a quarantine for those coming back as there was for them when they left here.”

Until the Holy Week start of spring break, the pontifical universities had been doing their classes online or with video conferences. “They will be flexible to make this semester’s credits count if possible, so that could mean written examinations, examinations upon return in the fall — nothing is decided yet,” Father Harman said.

And the North American College staff is “checking in with the students by phone, FaceTime, etc., each week,” he said, and “we have recorded some seminars and workshops which will be sent to various classes.”