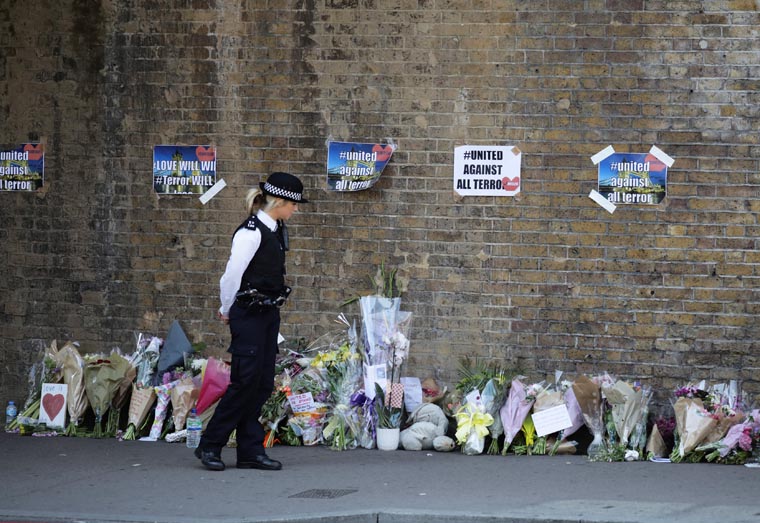 WASHINGTON (CNS) — The U.S. Catholic bishops “unequivocally reject” acts of violence such as the attack outside a London mosque and pleaded with all people “to cease from committing or plotting to commit further acts.”

“We would like to express our deepest condolences to the people of London who once again woke to the news of a terrorist attack,” said Cardinal Daniel N. DiNardo of Galveston Houston, president of the U.S. Conference of Catholic Bishops, and Bishop Mitchell T. Rozanski of Springfield, Massachusetts, chairman of the USCCB Committee on Ecumenical and Interreligious Affairs.

In a joint statement June 20, they said they were praying especially for the community of Muslims at Finsbury Park Mosque in North London “whom it appears were the intended victims of the attacker.”

A white man later identified as Darren Osborne, 47, from Wales, is accused of plowing the van he was driving into pedestrians near the mosque June 19 as Muslims were exiting after Ramadan prayers. The attack happened shortly after midnight. One person was killed and 10 were injured. Osborne was apprehended by police.

Saying the attack was directed at Muslims, British Prime Minister Theresa May condemned it as “every bit as sickening” as deadly Islamist attacks that have hit England in recent months.

“Once again, in this now sad reality of regular acts of terror that are meant to destroy life and to crush hope, we remember that light has overcome darkness once and for all,” Cardinal DiNardo and Bishop Rozanski said. “Let us be united in hope and with one voice reject utterly all forms of terror and violence that seek to dissuade us from the pursuit of a culture of life and solidarity.”

They added, “In this dark hour for the people of London, especially the Muslim community, please know that we stand in solidarity with you, mourning for the loss of life and praying for the victims, their families, and the entire nation.”