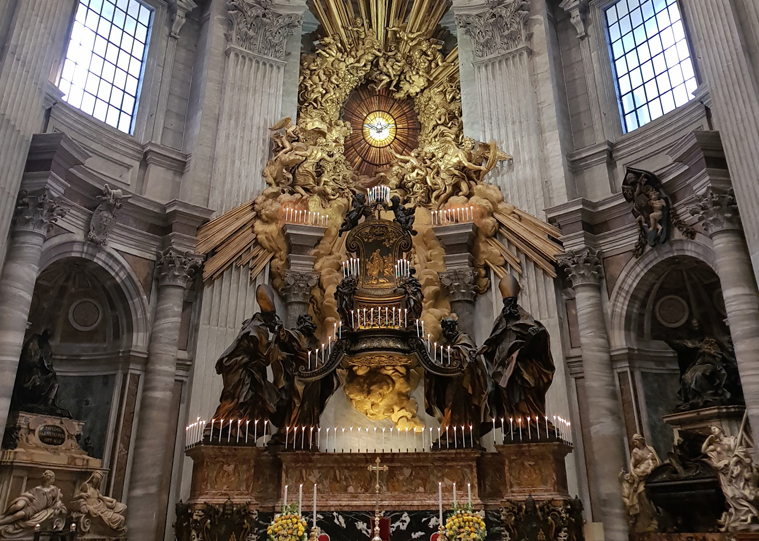 VATICAN CITY (CNS) — With public gatherings, including Masses, banned in Italy to prevent the spread of the coronavirus, the Vatican published an updated version of Pope Francis’ schedule for Holy Week and Easter.

In a March 27 statement, the Vatican said that all Holy Week celebrations will be celebrated at the Altar of the Chair in St. Peter’s Basilica “without the participation of the people.”

The Vatican also said the release of the updated schedule takes into account the provisions made by the Congregation for Divine Worship and the Sacraments.

Cardinal Robert Sarah, prefect of the congregation, said in a decree dated March 20 that because the chrism Mass is not formally part of the Triduum, a bishop can decide to postpone its celebration.

For the first time, the pope’s schedule for Holy Week does not include the chrism Mass, which is usually celebrated the morning of Holy Thursday. During the liturgy, priests renew their promises and the oils used for the sacraments are blessed.

This year also will be the first time Pope Francis will celebrate the evening Mass of the Lord’s Supper in the Vatican instead of at a prison, hospital or other institution. The Congregation for Divine Worship said that “the washing of feet, which is already optional, is to be omitted” when there are no faithful present.

The congregation also said that bishops should advise the faithful of the times for the celebrations, so that they can pray at home at the same time.