‘Victims’ charter’ is next step in fighting trafficking, academy says 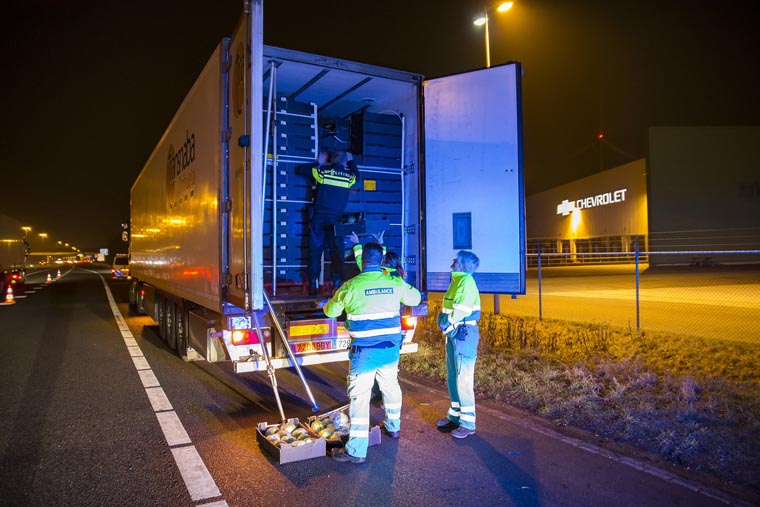 VATICAN CITY (CNS) — After 7-year-old Rani Hong was stolen from her mother in a small village in India and sold into slavery, her captors kept her in a cage to teach her to submit completely to her “master.”

“This is what the industry of human trafficking does,” she said; it is an industry of buying and selling human beings for forced labor, prostitution, exploitation and even harvesting organs. The International Labor Organization estimates human trafficking grosses $150 billion a year and is rapidly growing, with profits beginning to match those made in the illegal drug and arms trades.

Human beings are highly lucrative, Hong said, because a drug sold on the street can only be used once, while a person can be used and sold over and over again. One human rights group estimates traffickers can make $100,000 a year for each woman working as a sex slave, representing a return on investment of up to 1,000 percent.

Hong and others spoke to reporters at the Vatican Nov. 6 during a conference on ways to better assist victims of trafficking in terms of legal assistance, compensation and resettlement. The Nov. 4-6 gathering was organized by the Pontifical Academy for Social Sciences and Global Alliance for Legal Aid, a U.S.-based association of jurists providing legal aid to the poor in developing countries.

Hong eventually found freedom, she said, but it came only after she became so sick and weak that her owner sold her to an international adoption agency. She ended up with her adoptive mother in Canada and then the United States. While her adoptive mother helped her, the trauma of her past hindered her future — leading her to not easily trust or communicate with people, she said.

Today, along with her husband, who, as a child ended up shipwrecked on a remote island for two years after escaping forced inscription in Vietnam, she leads the nonprofit Tronie Foundation to serve survivors and help them join the fight against trafficking.

The success stories and tragedies of victims and survivors offer the next clue in an effective fight against traffickers and in helping those who get caught in their snares, said Margaret Archer, president of the pontifical academy.

In the process of criminalizing, tracking down and penalizing traffickers over the years, “victims got almost left out except as numbers” and their true needs overlooked, Archer said.

The three-day meeting at the Vatican, she said, was meant to come up with a “victims’ charter,” that is, very concrete proposals gleaned from victims and their advocates to act as a sort of framework for prevention, healing and resettlement.

This is why survivors were part of the conference, Archer wrote in the conference booklet, to “pinpoint what we did that deterred their progress toward the life they sought and what we did — besides providing bed and board — that was experienced by them as life-enhancing.”

When it comes to rescuing and helping resettle victims of trafficking, she said, “there’s a lot of rhetoric about empowerment, giving voice … which don’t really get (survivors) very far in paying the rent, buying the food, finding schools for the children.” One idea, she said, is mobilize the power of Catholic parishes around the world in helping those who have been trafficked.

Hong said no country is immune to human trafficking and educating the public is critical for bringing awareness and stemming demand for forced labor.

“Slavery was never abolished. It’s found new forms in new places” and everyone can play a part in stopping this crime, said John McEldowney, a professor of law at the University of Warwick, England.