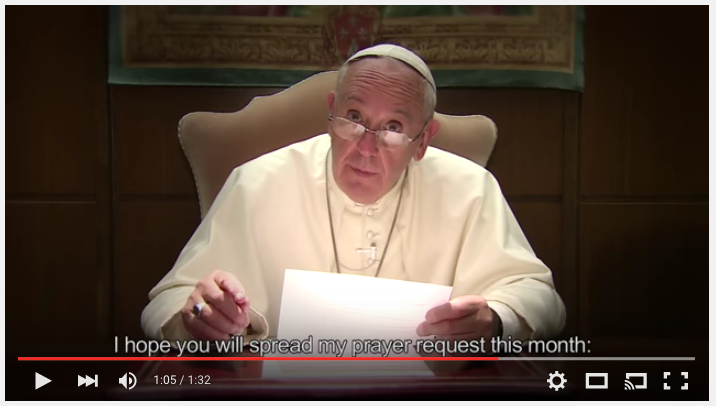 The new video messages, featuring the pope asking for prayers and action on various challenges facing the world today, began Jan. 6, the feast of the Epiphany of the Lord.

Often people are inundated with so much bad news that they might feel helpless, but “to pray together with Pope Francis for these challenges will us help a lot,” Jesuit Father Frederic Fornos told Vatican Radio Jan. 4.

The Jesuit priest is the head of the international Apostleship of Prayer, a Jesuit-run outreach that has given Catholics the pope’s monthly prayer intentions since 1890.

While the pope will speak in Spanish, the videos will have subtitles for a total of 10 languages, Father Fornos said.

Pope Francis’ general prayer intentions for 2016 will include: greater care for creation; more support for families in difficulty; just compensation for small farmers; greater respect for women and indigenous peoples; helping sports contribute to peace; encouraging journalists to respect truth and be more ethical; greater support for countries that take in refugees; and an end to the use of child soldiers.