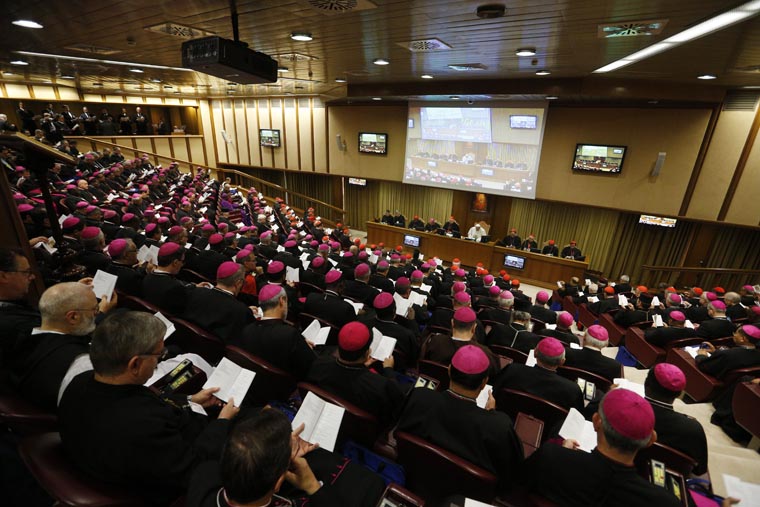 VATICAN CITY (CNS) — Discovering and following one’s vocation is about the choices one makes each day, a young observer told the Synod of Bishops.

“Vocation and its discernment is not limited to religious life or to marriage. It is an everyday process that is reflected in my work, whereby fulfilling my tasks I can grow in holiness,” Viktoria Zolnova, one of three dozen synod observers under the age of 30, told the gathering Oct. 9.

The Slovakian youth minister shared her belief that God opened a door for her to study English and catechetics abroad, helping her to realize how extensive the definition of a vocation can be.

Zolnova felt that she was not truly growing or fulfilling her potential as an office manager for a small company, and was praying and searching for new opportunities. “I was missing that deep satisfaction and joy that comes from well-accomplished work. I desired a change,” she said.

“God was calling me to do something new and he was showing me the way,” she said.

When she felt she needed further direction, she sought advice from a priest, a former co-worker of hers. “I trusted him and I was not afraid of being misunderstood by him even if I had so many questions and concerns.”

Saying yes to the new opportunity “brought peace and joy” to her heart, she said, although she still felt apprehensive about her future.

“I knew it would be difficult for me to leave everything behind,” she said. But ultimately, she knew that she had more to gain than she had to lose.

Zolnova likened herself to Moses when God called him to lead the Israelites out of captivity: “I did not take anyone out of captivity, but I did know that this was not an ordinary offer.”

Although her call from God was not what she expected, she acknowledged that this was how he chose to “rekindle the flame” of her heart’s desires.

“He is the one who is leading me through my life, showing me step-by-step his plan with me.”