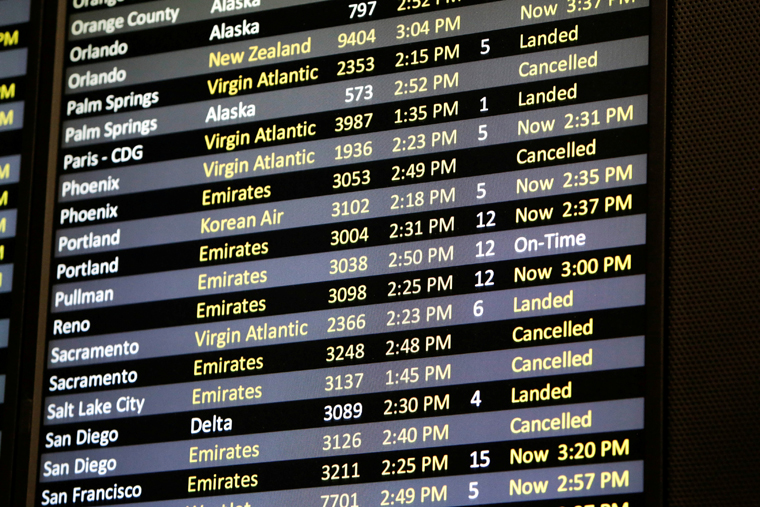 
WASHINGTON (CNS) — Is this what they mean by “cancel culture”?

The COVID-19 pandemic has played havoc with events scheduled far in advance, leaving in its wake a trail of revenue forgone, learning opportunities dashed, and networking and reconnecting with cherished colleagues a more distant memory.

The National Association of Church Personnel Administrators canceled its annual convocation, scheduled for May 3-5 in Albuquerque, New Mexico. Registration of 250 was expected, and 110 had already signed up when organizers decided March 13 to cancel.

“We had worked on the program since July-August, and we were so excited about Albuquerque,” said Regina Haney, the organization’s executive director. “We had sponsors lined up and exhibitors lined up. … It was looking too good to be true.”

NACPA counts on the convocation for about one-third of its annual revenue. “And people loved it to come and network,” Haney told Catholic News Service. “They love the educational piece where we give educational credits” for continuing education, she added.

“Our program was approved, but they said they also liked the networking, and how do you replicate that? It’s hard.”

Next year’s convocation, celebrating NACPA’s 50th anniversary, is still set for Baltimore. For 2022, organizers will try Albuquerque once again.

Our Sunday Visitor had planned a three-day conference in Arlington, Virginia, across the Potomac River from Washington, on developing a lay response to the clergy sex abuse scandal. But that had to be scrapped, said Gretchen Crowe, editorial director for periodicals at the Huntington, Indiana-based publisher.

“It’s likely we’ll still do something virtually. But those plans are also on hold as we’re all focused on the coronavirus and keeping our folks connected with their church and their faith,” Crowe said.

“We had close to 100 people registered, but right in the time when we’re expecting the biggest numbers to go up was really when the news about the coronavirus spreading throughout the United States started becoming more prominent. That news, and rightly, affected people’s decision for travel and for attending a conference like this in an very urban area in a hotel.”

Crowe said the topic of clerical sexual abuse is too important to discard. Speakers were disappointed over the cancellation, she added, but expressed hope about making some kind of contribution to the topic online.

Left treading water is the North American Maritime Ministry Association’s annual conference in the Canadian capital of Ottawa, Ontario. Organizers would like to reschedule — the original April 14-17 dates were the earliest ever for the conference, according to Jason Zuidema, executive director — but until there’s a better understanding of when traffic and travel will get back to something approaching normal again, setting a new date is not yet in the cards.

“Because it was an act of God — or whatever — the hotel will allow us to move it to sometime in the next 12 months or so,” Zuidema said. But while the conference typically draws 100 attendees, “we’re risking lower attendance only because people are under tremendous financial stress,” he added.

“A lot of ministries will be under tremendous financial stress,” Zuidema said, noting that the shipping and cruise industries had themselves been “hit super-hard” economically. For seafarer ministries, “any fundraisers that may have been planned in the next few months have all been canceled. If you have a choice between keeping the lights on or sending someone to a conference,” he added, “the operational costs are much more important.”

Among other events that have been postponed, with no new dates available, are the World Religions World Church Conference at the University of Notre Dame in South Bend, Indiana, and the National Religious Brothers Symposium in Boston.

The international conference of the U.S.-China Catholic Association, which was to have been held March 13-15 in Santa Clara, California, has been rescheduled for Oct. 2-4, according to Bernard Ciernick, the organization’s operations director.

“We looked at that and decided there were a number of reasons to do that,” Ciernick said of the postponement. “We have a number of speakers coming from China, and things there were already pretty closed back then.”