A tale of two evangelists 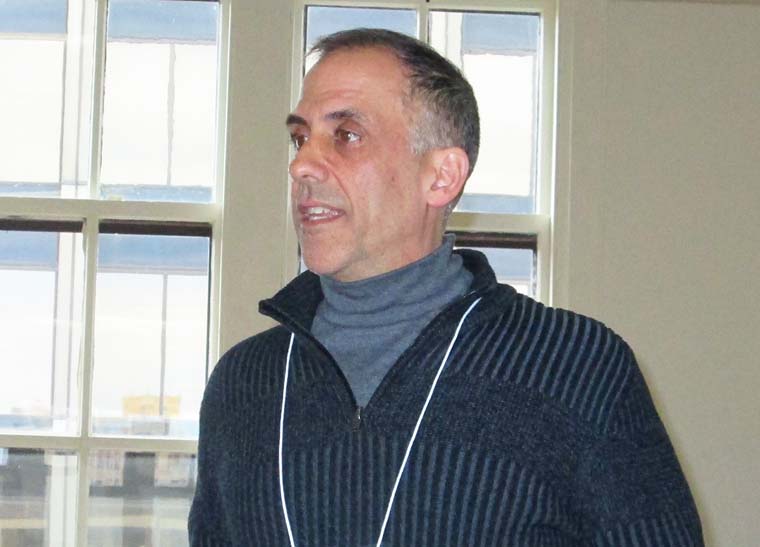 God took a look at the bone-cracking world of lacrosse and decided to do some mending.

At Cornell University in the mid-1980s, lacrosse player Kevin Frank’s prayer was answered, with a slight delay, through a person who might be considered all-Ivy League not just as a player but also for zaniness.

“Absolutely nothing, that I could tell.”

The next day, a lacrosse friend, an All-Ivy faceoff specialist who was a “wild party guy,” crossed the hall a bit furtively and knocked on his door. They were both in the Cornell business program.

“And he said, ‘I went to a [lowering his voice] Bible study! … Something in me is telling me to invite YOU. Would you come?’” Hidden in the bottom of the buddy’s laundry bag, to prevent commentary from their other friends, was a Bible from his Confirmation.

Frank continued: “And I was like, Ay, no way I’m going to that Bible study, right? And then all of a sudden I remembered that prayer: ‘God, I don’t know if you’re there.’ … And I said: ‘Oh, my God. This is how you work, God? Through people like HIM? Is THAT all you got? I mean, I couldn’t believe it! It was like, WHOA! And I realized that I HAD to go, because this was, and is, how God works.”

And there it was: new life for the “zombie” and the zany guy. They still cherish their reversal.

Hearing Frank’s tale were diocesan employees who attended a recent “Soup & Scripture” Lenten gathering, defined as “a chance for us to share a meal and grow together in faith.”

The theme of the day was “radical hospitality,” and Frank spoke of the Brady Faith Center, the Syracuse ministry where he is the executive director, and the charity-centered life that put him there. A svelte man who had ridden his bicycle to the meeting, Frank moved animatedly around the room as he spoke.

“Look in the mirror, right?” he said.

What he saw in the mirror in his junior year at Cornell was a person who was “really struggling.” He saw the school as “a very vulnerable place to be, a very lonely place to be.” He felt “so lost. You know, I just feel like I don’t belong, and I don’t have a purpose.” He had broken his neck playing lacrosse as a sophomore, and he blew out his ankles as a junior.

Frank was almost in despair and he remembers crying. That’s when he went to the Sunday night “hangover” Mass and asked God to come to him.

The two buddies not only went to Bible study; they also went on to start their own Bible-study group for athletes and about 50 of them went to meetings.

The Cornell Bible story was confirmed by the lacrosse buddy: Frank Kelly III, who in 1986 set the Cornell record for faceoff win percentage (.648). The record stood for nearly 30 years. He also played professionally for the Baltimore Thunder of the National Lacrosse League.

Kelly was reached by phone at the University of North Carolina, where his son plays lacrosse. The elder Kelly now is the CEO of Kelly & Associates, a family-owned benefits, payroll, and technology company in Sparks, Md., just north of Baltimore. He also runs lacrosse camps for the interdenominational Fellowship of Christian Athletes. The group, he said, encourages athletes and coaches to have a positive influence on others. At Cornell, he and Frank got involved in a similar fellowship, Athletes in Action.

“What he told you in his story is real,” Kelly said of Frank’s account. He added that he had already been to a couple of other Bible-study programs when he approached Frank to join him. Kelly was nervous at first about Bible study; at the meetings, when he was directed to find things in the Bible he fumbled around as if the books rearranged themselves in a righteous campaign to confuse him.

Kelly recalled that Frank said, “‘I’ll go with you.’ … The Lord changed our desires from pleasing ourselves to helping others.”

The first time he brought Frank to Bible study, he said, “it just hit him right between his eyes. … His faith went from his head to his heart.”

Kelly said Frank has a “contagious, enthusiastic, passionate personality. … His relationship with God came alive. We became little evangelists. We got sent out as partners to share the good news with others. We didn’t realize the news was that good. We were teammates in sharing the gospel at Cornell as athletes.”

Kelly is also proud of Frank’s continued Christian development after earning his Cornell degree. Frank joined a prayer group at Holy Cross Church in DeWitt, and that led to a stint at Unity Acres in Orwell. Unity Acres says on its website that it provides a home for men, particularly those who have become “chronically homeless due to alcohol or substance abuse, or other factors.”

Frank married his wife, Emily Nisco-Frank, in 1989, and they worked for L’Arche Syracuse, described on its website as “people with and without disabilities sharing life in a community of faith.” The Franks shared a home with two people with disabilities for eight years.

Emily is the program coordinator of the Brady Faith Center and leader of the Stone Soup Community Education Garden, which provides environmental education in Syracuse. Kevin’s ministry, the Brady Faith Center, offers 22 programs including a weeklong high school retreat called Summer Servants, allowing students to perform six hours of service every day in the city; a five-week vacation Bible school; Pedal to Possibilities, a drop-in center for a bike ride with people who are homeless; and a jail ministry.

Another Brady program in Syracuse is the Brady Faith Farm, which is entering its second year offering what Kevin called “food access, food justice, earth care, and sustainability” in Syracuse.