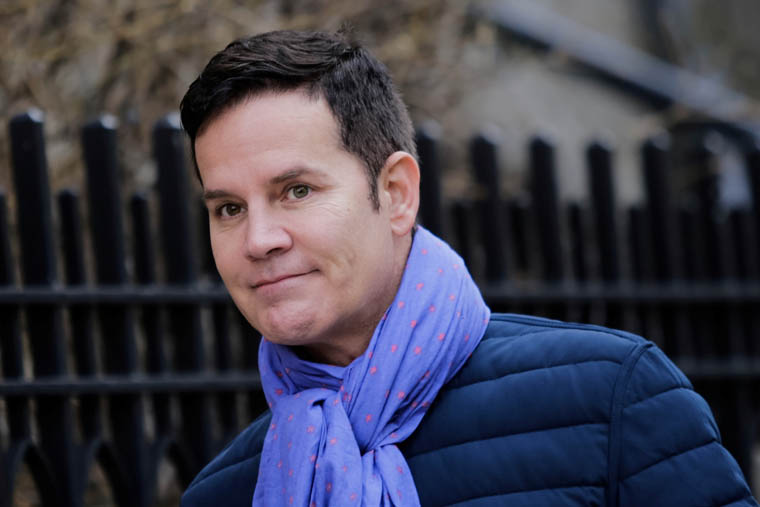 VATICAN CITY (CNS) — An abuse survivor, who had been disparaged for being a homosexual, said that Pope Francis told him that God made him that way and loved him for who he was.

Juan Carlos Cruz — one of the three survivors from Chile who met with the pope April 27-30 at the Vatican — said his homosexuality and how it brought about further suffering was something he discussed with the pope during the private meeting.

Cruz told the Spanish daily, El Pais, in an interview published May 19 that the pope had been told by detractors “that I was a pervert. I explained that I was not St. Aloysius Gonzaga, but that I am not a bad person either. I try not to hurt anybody.”

The “Catechism of the Catholic Church” says the “psychological genesis” of same-sex attraction “remains largely unexplained” and that those men and women with “deep-seated homosexual tendencies” do not choose their condition.

“Tradition has always declared that homosexual acts are intrinsically disordered. They are contrary to the natural law” and under no circumstances can such acts be approved, the catechism teaches.

“They do not choose their homosexual condition; for most of them it is a trial. They must be accepted with respect, compassion and sensitivity. Every sign of unjust discrimination in their regard should be avoided,” it says.

The church teaches that any sexual activity outside the bond of marriage between a man and a woman is sinful and that “homosexual persons are called to chastity” and to seek to fulfill God’s will in their lives.

Such teachings were also evident when Pope Francis told reporters in 2013, “Who am I to judge” a homosexual person “who is seeking God, who is of goodwill.”

“The Catechism of the Catholic Church explains this very well. It says one must not marginalize these persons, they must be integrated into society. The problem isn’t this (homosexual) orientation — we must be like brothers and sisters,” Pope Francis said during a news conference with reporters flying with him from Brazil to Rome.

In a book-length interview published in 2010, then-Pope Benedict XVI was asked whether the church teaching that homosexuals deserve respect is not contradicted by its position that homosexual acts are “intrinsically disordered.”

The pope answered, “No. It is one thing to say that they are human beings with their problems and their joys, that as human beings they deserve respect, even though they have this inclination, and must not be discriminated against because of it.”

In the book, “Light of the World: The Pope, the Church and the Signs of the Times,” Pope Benedict said, “sexuality has an intrinsic meaning and direction, which is not homosexual,” rather, the meaning and purpose of sexuality “is to bring about the union of man and woman and, in this way, to give humanity posterity, children, a future.”

He said it was still an open question whether homosexual inclinations are innate or arise early in life. In any case, he said, if these are strong inclinations, it represents “a great trial” for the homosexual person.