Amid coronavirus sacrifices, some bishops allow Friday meat in Lent 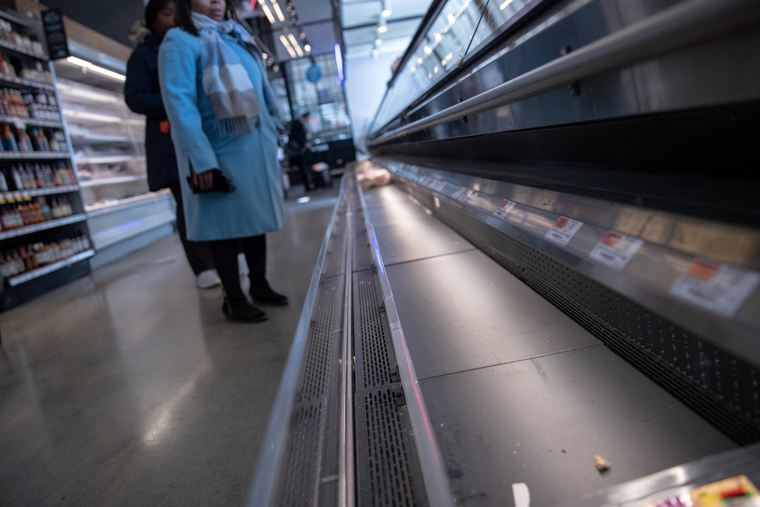 WASHINGTON (CNS) — In the U.S., this Lent started out with some people discussing if it was acceptable to eat plant-based burgers on Fridays in Lent.

But fast forward a few weeks and that discussion is very dated as burgers as well as other foods are not available in many of the still-bare grocery stores amid the coronavirus pandemic.

On Twitter, where some had previously discussed their Lenten practices of giving something up for Lent, many questioned if they even had to keep up this practice when suddenly the whole nation was giving up life as they had known it as Lent began.

And by late March, just a few weeks before the end of Lent, several bishops across the country gave local Catholics the go-ahead to eat meat on Fridays, except on Good Friday, acknowledging that Catholics in their dioceses were coping with whatever food they had and certainly making their own sacrifices during the COVID-19 pandemic.

In addition to two days of fasting in Lent, on Ash Wednesday and Good Friday, Catholics 14 and older are obligated to abstain from eating meat during Fridays in Lent.
Two of the first bishops to announce a dispensation from this practice on March 20 were Bishops David A. Zubik of Pittsburgh and Nicholas DiMarzio of Brooklyn, New York.

Bishop DiMarzio said in statement that he was granting the faithful a dispensation from the Friday abstinence from meat to “assist people who may have difficulties in shopping for food or other reasons which would make this practice difficult at this time.”

But he stressed that Fridays of Lent should “remain days of penance and prayer, which is needed now more than ever.”

In his announcement, Bishop Zubik noted: “As you are aware, many of the shelves and cases in our supermarkets are sparse if not empty,” adding that “pastoral necessity” informed his decision.

“Given the difficulties of obtaining some types of food and the many other sacrifices we are suddenly experiencing given the coronavirus, I have granted a dispensation from abstaining from meat on Fridays for the rest of Lent, except Good Friday, which is universal law,” said Bishop James F. Checchio of Metuchen.

Bishop Shelton J. Fabre of Houma-Thibodaux said in a letter to diocesan Catholics that the coronavirus pandemic has “placed most, if not all, of our faithful in a situation wherein obtaining food, including meal alternatives from meat, the rising cost of fish and other forms of seafood and even the challenge of being able to obtain groceries without endangering their health, make it clearly difficult” to fulfill the Lenten practice of no-meat Fridays.

His announcement similarly mentioned that Fridays in Lent should “remain as days of penance and prayer.”

He also said those who can continue to abstain from meat on Fridays should do so, but those who found it difficult were dispensed from the obligation and should instead “substitute this with other forms of penance, especially works of piety and charity in place of the abstinence” in accord with canon law.

Boston Auxiliary Bishop Peter J. Uglietto, who is archdiocesan vicar general and moderator of the curia, reminded local Catholics that their “plans for Lent this year have been greatly impacted by the COVID-19 public health crisis.”

The bishop pointed out that the effort to curb the spread of the coronavirus has caused many to “give up many of the everyday activities we take for granted, including our usual participation in the life of the church.”

“One of the effects of the current events is uncertainty regarding what food products are available on any given day. At this time, we are called to make the best of what we have at hand or is available for purchase,” he said. “Many people are using what they have stored in their freezers and on their shelves. Others are depending upon pre-packaged meals or food delivered through support agencies, which are providing an important service for individuals and families in our communities, especially for children and our senior citizens.”

Because of these circumstances, he said Boston Cardinal Sean P. O’Malley was dispensing all Catholics in the archdiocese from the obligation of abstaining from meat during the remaining Fridays of Lent, with the caveat that those who could still do this should do so and “offer it up for those who are suffering in any way from the pandemic we are experiencing.”