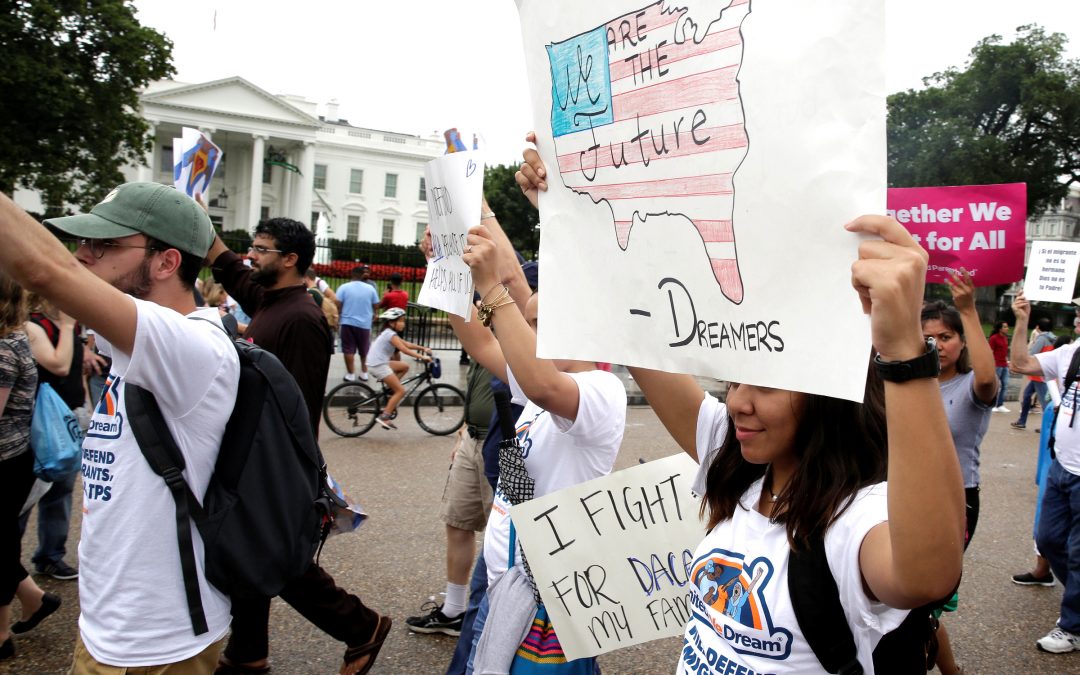 WASHINGTON (CNS) — Attorney General Jeff Sessions announced Sept. 5 that the Deferred Action for Childhood Arrivals program is “being rescinded” by President Donald Trump, leaving some 800,000 youth, brought illegally to the U.S. as minors, in peril of deportation and of losing permits that allow them to work.

Although the Department of Homeland Security will immediately stop accepting applications to the DACA program, current recipients would not be affected until March 5, which Sessions said will “create a time period for Congress to act —should it choose.”

He described the 2012 policy, popularly known as DACA and implemented under President Barack Obama, as an “unconstitutional exercise of authority by the executive branch.”

DACA does not provide legal status for youths who were brought to the country without legal permission as children, but it gives recipients a temporary reprieve from deportation and employment authorization in the United States — as long as the applicants meet certain criteria.

In the days leading up to the decision, the U.S. Conference of Catholic Bishops, along with other Catholic organizations, asked the president to keep the program.

A Sept. 5 statement from the U.S. Conference of Catholic Bishops called the cancellation of DACA “reprehensible” and something that “causes unnecessary fear for DACA youth and their families.”

“Today, our nation has done the opposite of how Scripture calls us to respond. It is a step back from the progress that we need to make as a country,” they said, adding that the decision by the Trump administration is a “heartbreaking moment in our history that shows the absence of mercy and goodwill, and a short-sighted vision for the future.”

The bishops also urged Congress to “immediately resume work toward a legislative solution.”