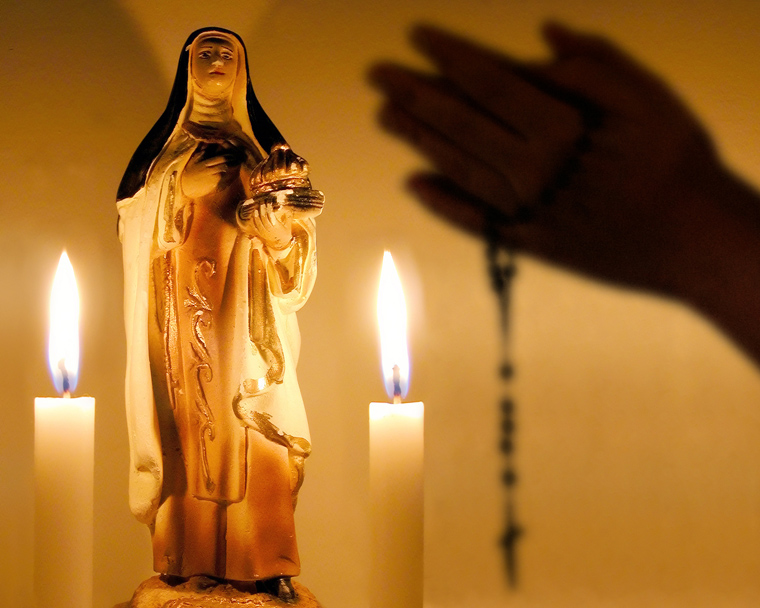 VATICAN CITY (CNS) — The life of Blessed Maria Antonia de Paz Figueroa, who continued to lead Ignatian spiritual exercises in Argentina after the expulsion of the Jesuits, remains an example of Christian witness and perseverance, Pope Francis said.

After reciting the Angelus prayer with visitors in St. Peter’s Square Aug. 28, the pope spoke about the beatification the previous day of the 18th-century consecrated laywoman affectionately known as “Mama Antula.”

“Her exemplary Christian testimony, especially her apostolate to promote the Spiritual Exercises (of St. Ignatius of Loyola) can awaken the desire to cling to Christ and the Gospel,” he said.

Cardinal Angelo Amato, prefect of the Vatican Congregation for Saints’ Causes, presided over the Aug. 27 beatification Mass in the Argentine province of Santiago del Estero where Mama Antula was born.

In his homily, Cardinal Amato honored her zealous spirit in continuing the tradition of Ignatian spirituality for the good of the people, calling her a “missionary and a pioneer in the formation of the laity and of priests.”

Known for her close contact with the indigenous population, Mama Antula consecrated herself to God at the age of 15, choosing to dress in a black robe and taking the name Maria Antonia of Saint Joseph. She later formed a religious community of women, the Daughters of the Divine Savior, who prayed together, did works of charity, and assisted the local Jesuits.

When the Jesuits were expelled from Argentina in 1767, she took it upon herself to continue offering the Spiritual Exercises of St. Ignatius of Loyola, traveling thousands of miles on foot to lead 10-day retreats in various provinces in the country.

Her mission took her to Buenos Aires where thousands attended the retreats, ultimately leading her to establish the Holy House of Spiritual Exercises in 1796; today, the building is one of Argentina’s most notable historical monuments.

By the time she died in 1799, more than 100,000 are believed to have attended the spiritual exercises she led in Argentina and neighboring Uruguay. She was declared venerable by Pope Benedict XVI in 2010.

The spiritual exercises she preached, Cardinal Amato noted, “were the miraculous therapy that cured throngs of laypeople and priests of being lukewarm, transforming them into faithful disciples of Christ and apostles of his Gospel.”

Mama Antula is yet “another precious jewel in the crown of Argentine saints who have been untiring missionaries of the Gospel,” he said.