As young people speak to church, they must listen to Jesus, pope says 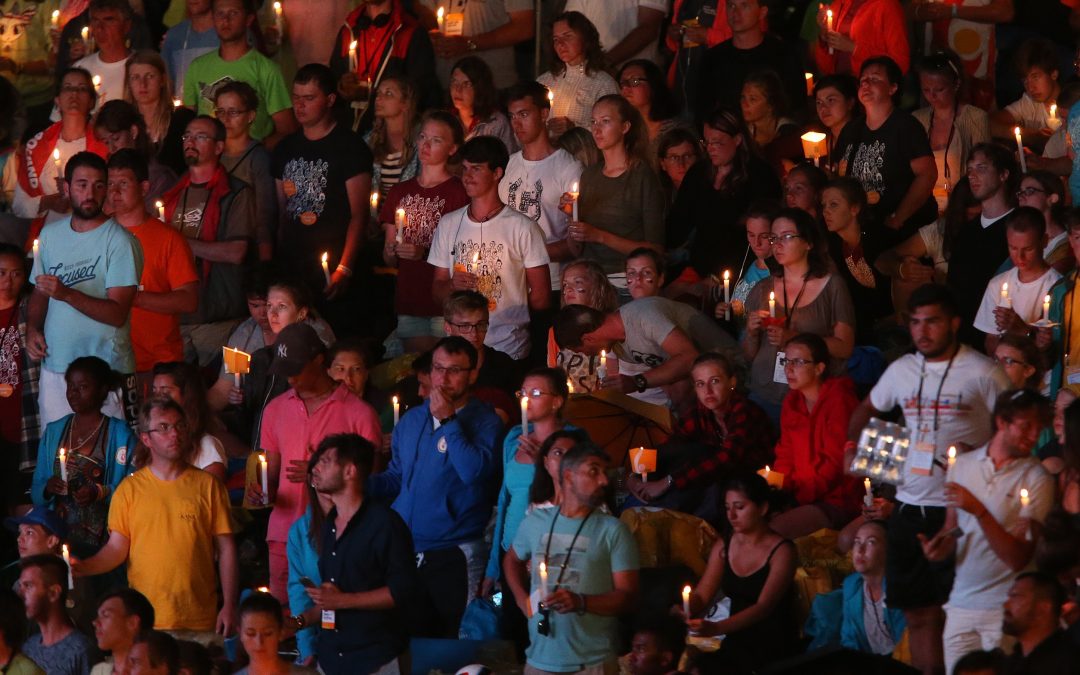 VATICAN CITY (CNS) — The Catholic Church wants to listen to young people and know where they are coming from, but young Catholics must be ready to listen to Jesus and discover where he wants to lead them, Pope Francis said.

“Are you willing to listen to Jesus and change something about yourselves,” he asked young people from the northern Italian Diocese of Brescia, the birthplace of Blessed Paul VI.

Each person should reflect and ask themselves, “Am I willing to make Jesus’ dreams my own? Or am I afraid that his dreams may ‘disturb’ my dreams?” the pope said April 7 during an audience in the Vatican’s Paul VI hall.

Pope Francis said it was his heartfelt desire that the church truly listen to young people and their hopes, dreams, fears and concerns.

“And when I say, ‘truly listen,’ I also mean the willingness to change something, to walk together, to share dreams,” he told the young people.

However, while it is hoped young people can help the church change so that it can better carry out its mission, young people also must listen and be willing to change, he said.

He asked those in the audience hall if they were willing to listen to what Jesus has planned for them and “also change in order to embrace this dream” of his?

What is Jesus’ dream for humanity, the pope asked.

“It is called the kingdom of God,” which is “love for God and love among us, forming a great family of brothers and sisters with God as father, who loves all of his children and is full of joy” when the one who was lost comes home, he said.

Jesus told his disciples, “Whoever wishes to come after me must deny himself,” the pope noted. The word “deny,” the pope said, can sound a bit harsh, but the Lord is not referring to denying divine gifts of life, love, one’s body or relationships.

People are asked to deny or renounce the “old” self — the “old man,” the self-centered, selfish person — who does not follow the “logic of God, the logic of love,” but its opposite, “the logic of egoism” while hiding selfish pursuits behind a “good facade,” he said.

Jesus, he said, died on the cross to free people from being enslaved to their old self — to being selfish, being attached to material riches, vices.

“It is sin that makes us die inside,” Pope Francis said. “Only he, Jesus, can save us from this evil, but that requires our collaboration, that each one of us would say, ‘Jesus, forgive me; give me a heart like yours, humble and full of love.'”