Bishop Cunningham: ‘It is time for the state legislature to strengthen and pass the Child Victims Act’ 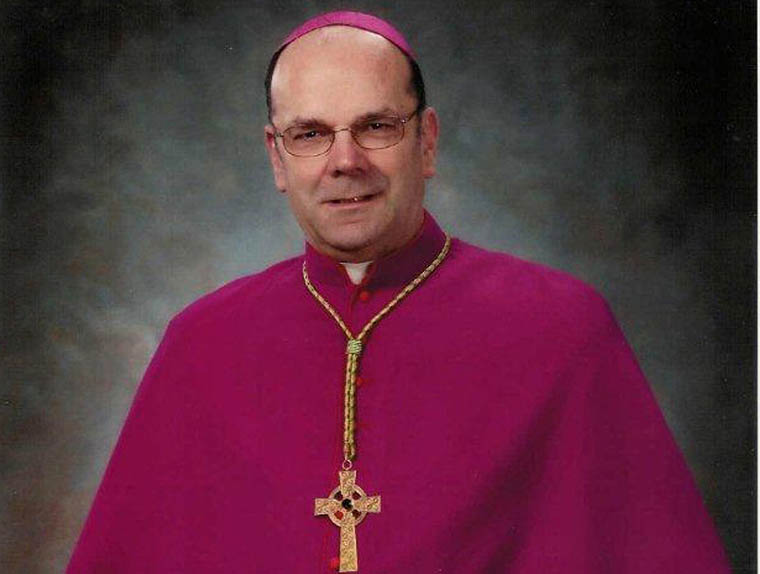 Editor’s note: The following is a commentary on the Child Victims Act from Bishop Robert J. Cunningham.

By Most Rev. Robert J. Cunningham | Bishop of the Diocese of Syracuse

This past December, I made the decision to release a list of clergy credibly accused of sexual abuse of a minor in the diocese since 1950. I wrote to you then stating that I prayed that the release of names would bring some small measure of peace and healing to the survivors of sexual abuse and their families. I also hoped it would begin to restore trust in our Church.

On behalf of the Church, I apologize once again to the survivors who endured unimaginable and horrific abuse at the hands of people that they, and their families, should have been able to trust. I wish I could erase the suffering and the pain they continue to face.

I have worked to ensure the Diocese of Syracuse’s actions demonstrate our resolve to survivors. That is why we have established our victim-survivor compensation program, the Independent Reconciliation and Compensation Program (IRCP); repeatedly acknowledged our institution’s past failures; released names of credibly accused clergy; and implemented robust safe environment programs to prevent any future abuse and report any allegation of child sexual abuse to law enforcement authorities. Yet the truth is that more must be done for victim-survivors.

We will soon be releasing a full report on the IRCP, which will include the number of participants and total cost of the program. In that report, testimonials will be shared as to how the program was received positively by many of its participants. It is clear that the strength of the IRCP here in this diocese, and in similar programs in other dioceses, is that it is completely voluntary, administered independently of the Church, and focuses on delivering compensation to survivors swiftly — including recognition that the abuse occurred and the acknowledgement that their voice has been heard.

This program, along with our safe environment training, criminal background checks, partnerships with law enforcement, expertise of our Diocesan Review Board members and continued work with victims of past abuse, is how we continue to work to ensure that child sexual abuse never happens in our Church again.

Tragically, child sexual abuse extends beyond the Catholic Church. Americans have learned of the shocking scale and horrific nature of sexual abuse, from religious institutions to athletic programs, at public schools and private organizations, and, all too commonly, by family members. This week, survivors of childhood sexual abuse bravely spoke out at the state capitol in Albany to pass the Child Victims Act.

I, along with the other Bishops of New York State, agree: It is time for the state legislature to strengthen and pass the Child Victims Act. Countless victim-survivors have been robbed of their childhoods and the memories of horrific abuse continue to haunt them throughout their adult lives.

The Catholic Church has an obligation to acknowledge abuse, promote reconciliation between innocent survivors and the Church, and offer a simple process for financial compensation — if survivors choose to participate.

All survivors, regardless of who their abuser was and where their abuse occurred, should have the same rights because their pain and suffering is just as significant and deserving of recognition. That is why we are advocating for changes to the Child Victims Act to make sure it helps all survivors, not just some survivors.

At their rally this week, survivors noted that while there have been heinous crimes of sexual abuse in the church, 90 percent of abuse occurs in families and other organizations and institutions. We hope that legislators will listen to the voices of survivors and use their feedback to strengthen this legislation.

As Cardinal Dolan recently wrote in an op-ed for the New York Daily News, legislators can address this issue by opening up the bill to include all victims and offering them the same protections and compensation under the law, no matter who their abuser was or where the abuse took place.

Governor Cuomo’s proposal this year, as well as past legislation, would not help many survivors — many of whom have suffered horrific sexual abuse — because even if they come forward before the statute of limitations expires, unless they file a notice of claim, their cases are often dismissed. As the NYS Catholic Conference has stated, this is wrong and we believe legislators should close this grievous loophole — not just prospectively, but retroactively so these victim-survivors can find some measure of justice or compensation.

Lawmakers should further strengthen the bill by eliminating the criminal statute of limitations for all forms of child sexual abuse, rather than limiting it to the most extreme offenses like rape. Time does not heal all wounds and all survivors deserve to be listened to and heard irrespective of when and where the abuse occurred.