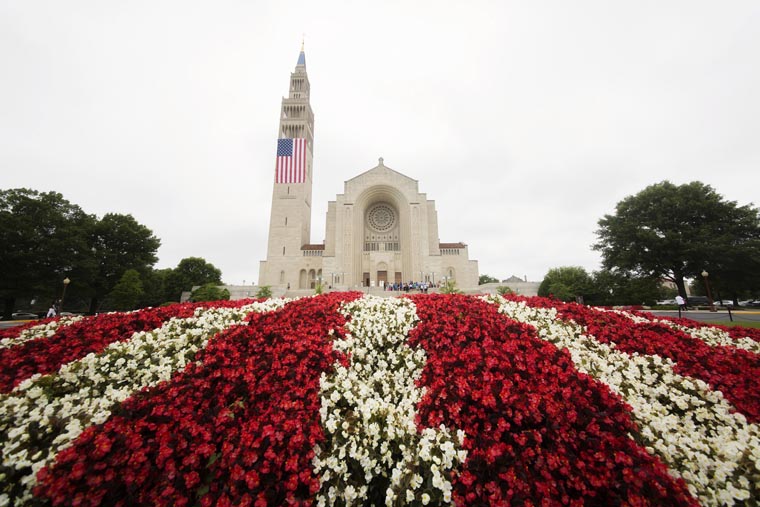 WASHINGTON (CNS) — Saying “religious freedom in America has suffered years of unprecedented erosion,” the U.S. Catholic bishops have posted an online letter for Catholics to send to President Donald Trump urging him to sign an executive order promoting religious freedom.

The letter, found at www.votervoice.net/USCCB/Campaigns, says the president can “restore the federal government’s respect for the religious freedom of individuals and organizations” with an executive order that establishes a “government-wide initiative to respect religious freedom.” Individuals can sign the letter and hit a link to submit it to Trump.

A leaked draft version of a potential religious freedom order was circulating in the media and among federal staff and advocacy groups at the end of January. When White House Press Secretary Sean Spicer was asked about the draft Jan. 30, he said he would not get “ahead of the executive orders that we may or may not issue.” He noted that there have been a lot of executive actions and “a lot of things that the president has talked about and will continue to fulfill, but we have nothing on that front now.”

A White House official told ABC News that the leaked draft on religious freedom is one of hundreds of circulating orders that were either written by the transition team or the White House.

“And I think that pendulum sometimes swings the other way in the name of political correctness,” he added.

The four-page draft has raised concerns among those who said it would legalize discrimination and was too far-reaching, but University of Notre Dame law professor Richard Garnett said in an email to Catholic News Service that the “critics are dramatically overstating” what the order can do.

The draft states that “Americans and their religious organizations will not be coerced by the federal government into participating in activities that violate their consciences.” It also notes that people and organizations do not “forfeit their religious freedom when providing social services, education or health care.” It cites the Religious Freedom Restoration Act, which states that government “shall not substantially burden a person’s exercise of religion” unless that burden “is the least restrictive means to further a compelling governmental interest.”

The U.S. bishops, who have made religious liberty a priority, have not released a statement on potential executive action on religious freedom by Trump but in the online letter available for Catholics to sign stressed such an order should include some of the following measures:

— Relief from the Affordable Care Act’s contraceptive mandate. Currently, the mandate — issued by the federal Department of Health and Human Services as part of the implementation of the health care law — requires most religious employers to provide coverage of artificial birth control for their employees even if the employer is morally opposed to such coverage. There is a very narrow exemption for churches.

— Preservation of tax-exempt status for nonprofit groups that hold beliefs based on marriage and human sexuality.

— The ability of religious organizations that partner with the federal government to act according to their beliefs regarding marriage, human sexuality and the protection of human life at all stages.

— The ability of religiously affiliated child welfare providers to provide adoption, foster or family support services for children that coincide with their religious beliefs.

— Conscience protections about abortion in the individual health insurance market.

“It should also protect individuals and families who run closely held businesses in accordance with their faith to the greatest extent possible,” the letter said.