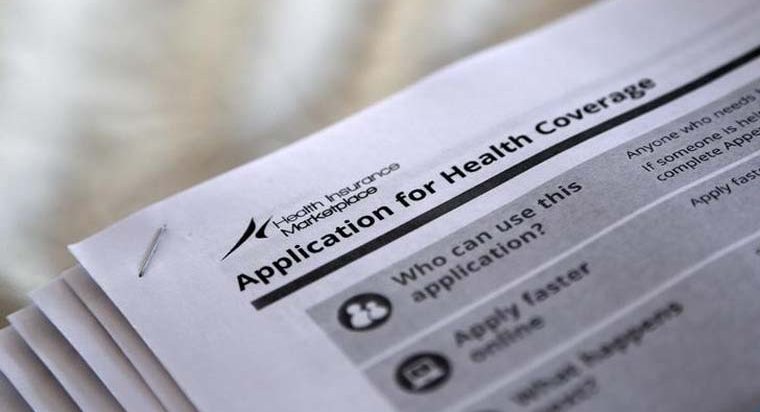 “Today, the Congressional Budget Office released a report on the ‘discussion draft’ of the Senate health care proposal, indicating that millions of people could lose their health insurance over time,” he said in a statement issued in response to the just-released analysis.

“As the USCCB has consistently said, the loss of affordable access for millions of people is simply unacceptable,” the bishop said, noting he would continue to study the full CBO report. “These are real families who need and deserve health care.”

He added, “We pray that the Senate will work in an open and unified way to keep the good aspects of current health care proposals, to add missing elements where needed, and to not place our sisters and brothers who struggle every day into so great a peril on so basic a right.”

The bill in its current form “will have a devastating impact on the poor, marginalized and vulnerable in our country,” Sister Markham wrote.

While welcoming provisions in the bill to protect human life and increase flexibility to states in paying for health care, “a bill that rolls back gains in health care for the poor and vulnerable is deeply regretful,” the letter said.

“It is deeply shameful that instead of improving our health care system, the bill provides tax cuts for people making over $200,000 per year while at the same time demanding dramatic cuts or eliminating programs which help those most in need and most unlikely to afford health care,” the letter said.

In a statement the same day, Bishop Dewane said the Senate version contains “many of the fundamental defects” that appeared in the House-passed American Health Care Act “and even further compounds them.”

“As is, the discussion draft stands to cause disturbing damage to the human beings served by the social safety net,” Bishop Dewane said. “It is precisely the detrimental impact on the poor and vulnerable that makes the Senate draft unacceptable as written.”

One part of the bill cuts the federal government’s share of funding for Medicaid to 57 percent of its cost over the next seven years. States have picked up the balance of the funding to date.

Under the Affordable Care Act, the government had guaranteed that its funding for adults newly eligible for Medicaid would fall to no lower than 90 percent of their costs. Many states expanded Medicaid coverage for all adults ages 18-65 with incomes up to 133 percent of the federal poverty level.

Bishop Dewane criticized the “per-capita cap” on Medicaid funding, which would no longer be an entitlement but have its own budget line item under the Better Care Reconciliation Act. The effect, he said, “would provide even less to those in need than the House bill. These changes will wreak havoc on low-income families and struggling communities, and must not be supported.”

He indicated the Better Care Reconciliation Act at least partially succeeds on conscience rights by “fully applying the long-standing and widely supported Hyde Amendment protections. Full Hyde protections are essential and must be included in the final bill.”

However, the bishops “also stressed the need to improve real access for immigrants in health care policy, and this bill does not move the nation toward this goal,” Bishop Dewane said in his June 22 statement.