Bishops on both sides of Mexico border criticize troop deployment 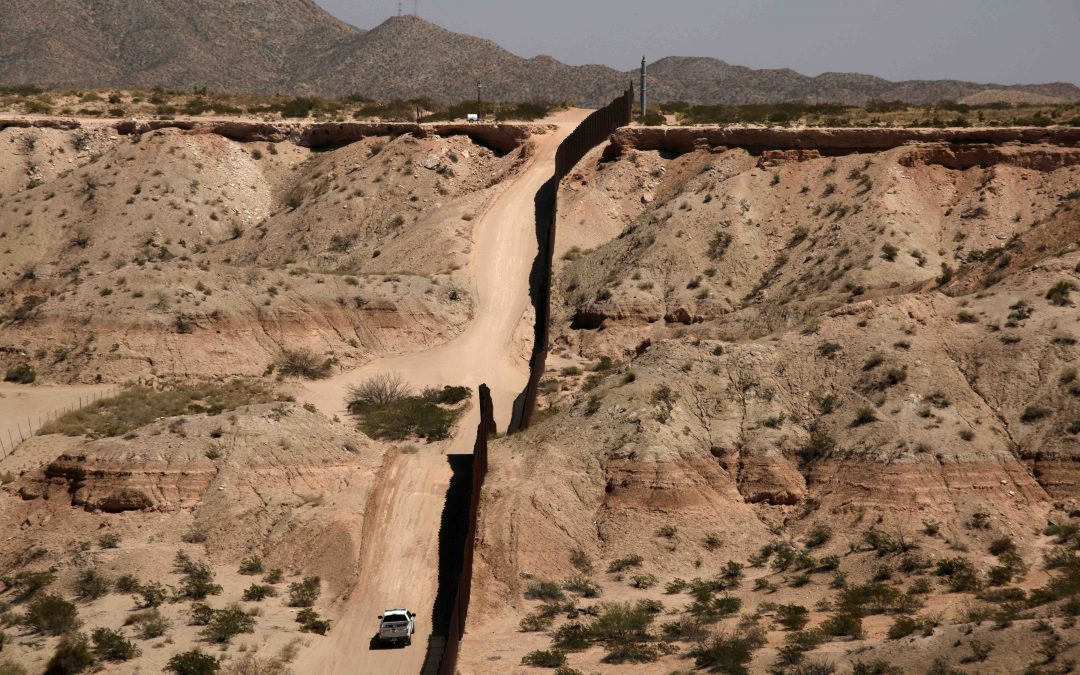 MEXICO CITY (CNS) — The Mexican bishops’ conference criticized U.S. President Donald Trump’s plan to deploy National Guard troops to the U.S.-Mexico border and issued a strong defense of migrants, saying the Catholic Church could not stand by “in the face of suffering by our brother migrants as they seek better conditions by crossing the border to work and contribute to the common good.”

The April 7 letter, addressed to people in Mexico and the United States and the presidents of both countries, echoed sentiments of U.S. border bishops by saying the frontier between the two countries “is not a war zone,” but rather an area “called to be an example of social connection and joint responsibility.”

“The only future possible for our region is the future built with bridges of trust and shared development, not with walls of indignity and violence,” said the statement signed by the bishops of 16 northern Mexican dioceses and the conference’s six-member presidential council.

“There is only a future in the promotion and defense of the equal dignity and the equal liberty between human beings,” the statement said. “Even more, Pope Francis has told us unambiguously: ‘A person who only thinks of building walls, wherever it may be, and not building bridges, is not Christian. This is not the Gospel.'”

The Mexican bishops’ statement, “For the Dignity of Migrants,” followed Trump’s April 4 announcement to deploy troops to the border to thwart the entry of unauthorized migrants.

It also followed series of tweets from Trump criticizing Mexico for not stopping a caravan of Central American migrants from moving northward toward the U.S.-Mexico border.

The caravan stalled in southern Oaxaca state, some 260 miles from the Guatemala border, and its organizers and Mexican immigration officials have provided the participants — who included many women and children — with documents allowing them 20 days to leave the country or 30 days to regularize their immigration status.

Many of the more than 1,000 migrants participating in the annual Stations of the Cross Caravan, which travels through Mexico every Easter, spoke of fleeing gang violence in El Salvador and Honduras. Organizers say many more Hondurans that usual participated this year due to political repression in the country after a contentious election last November, which was marred by accusations of fraud and a violent crackdown on the opposition.

The number of Central Americans seeking asylum worldwide has surged by 990 percent between 2011 and 2017, according to the U.N. High Commissioner for Refugees.

The bishops letter called for defending the dignity of migrants, saying “Migrants aren’t criminals, rather they are vulnerable human beings that have the authentic right to personal and community development.”

Trump’s tweets caused consternation in Mexico and promoted rare unity between the Mexican president and his fiercest critics.

“President Trump: If you wish to reach agreements with Mexico, we stand ready,” Pena Nieto said April 5 in a national address. “If your recent statements are the result of frustration due to domestic policy issues, to your laws or to your Congress, it is to them that you should turn to, not to Mexicans.”

The bishops took issue with the Mexican government for “not having created enough opportunities for development among our poor and marginalized people,” though Mexican migration has diminished over the last decade. But their statement also defended the country against Trump’s disparaging comments.

“The shortcomings that we Mexicans have can’t be used as justification for promoting antagonism among people we call friends and brothers,” the bishops said. “It doesn’t go along with human dignity … to build walls that divide us, or implement actions that violate (or cause us violence).”

The day before the Mexican bishops’ statement, eight U.S. Catholic bishops from four border states issued a joint statement expressing their concern about troop placement at the border.

“This is not a war zone, but instead is comprised of many peaceful and law-abiding communities that are also generous in their response to human suffering,” the bishops said. The April 6 statement said they recognize the right of nations to control and secure their borders and to respect the rule of law but it also pointed out that current U.S. law allows those who arrive in this country fleeing persecution to “due process as their claims are reviewed.”

Seeking refuge from persecution and violence in search of a peaceful life “is not a crime,” the bishops added.

The bishops said they were deeply concerned that the current “divisive rhetoric often promotes the dehumanization of immigrants as if all were threats and criminals” and urged Catholics and people of goodwill “to look past the dehumanizing rhetoric regarding immigrants and remember that they are a valuable population, our neighbors, and our sisters and brothers in Christ.”

Contributing to this report was Carol Zimmermann in Washington.