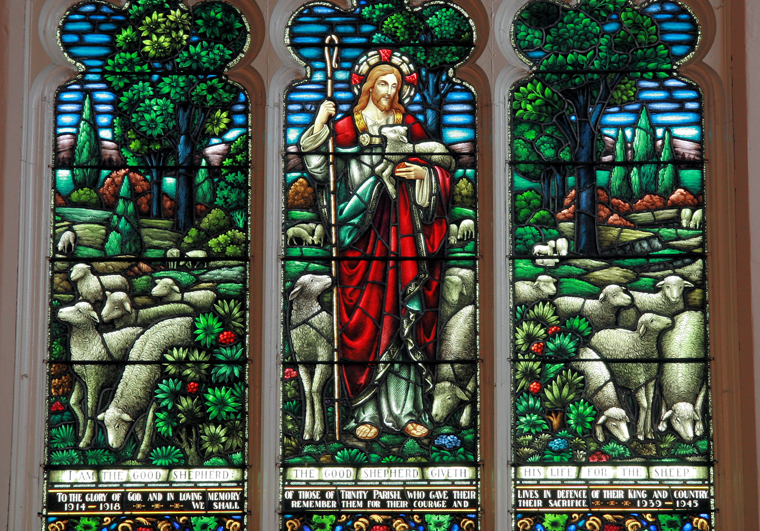 BOSTON (CNS) — Cardinal Sean P. O’Malley of Boston called upon two priests of the archdiocese to “have a special love for the lost sheep” during their ordination as auxiliary bishops during ceremonies at the Cathedral of the Holy Cross.

Noting that the ordinations of Auxiliary Bishops Robert P. Reed and Mark W. O’Connell Aug. 24 were occurring during the Jubilee Year of Mercy proclaimed by Pope Francis, Cardinal O’Malley said that lost sheep were Jesus’ priority.

He prayed that the bishops’ new ministry allow them to “glimpse the merciful face of the father and the tender love of the Good Shepherd, Jesus of Nazareth.”

Cardinal O’Malley also spoke of the apostles and how their love of God and their devotion to their vocations, their “gifts of ministry,” have been “passed on with the laying on of hands.”

As the ordination ceremony began, the cardinal questioned the bishops-elect on their resolve to perform their duties and uphold the faith. Having affirmed their commitment, the bishops-elect lay prostrate in front of the altar as the assembly prayed the litany of the saints, invoking saints to intercede for them.

The rite continued with the laying on of hands by Cardinal O’Malley, the co-consecrators, Boston’s auxiliary bishops, and visiting archbishops and bishops from other dioceses, before the cardinal prayed the Prayer of Ordination. During the prayer, deacons suspended Books of the Gospels over the heads of Bishops Reed and O’Connell, signifying that they are servants to the gospel.

The cardinal then anointed the heads of the newly ordained bishops with chrism oil before presenting each of them with the same Books of the Gospels that were suspended over their heads and commissioning them to evangelize with great patience.

The newly ordained bishops received the symbols of their office — the ring, miter, and crozier — after which the bishops present welcomed Bishops Reed and O’Connell with the sign of peace, the fraternal kiss.

After the Mass, the new bishops processed through the cathedral to loud applause, blessing members of the congregation before each offered remarks.

“This is a moment for the church and you; we are the church, despite any mistakes we might have made, despite mistakes the church has made, we’re all sinners,” said Bishop Reed, 57.

“But, we’re loved by God without question. And Jesus proved that when he died on that holy cross, and he’s alive, he’s here with us right now. Because of his tremendous mercy, we all have the chance, the hope of going to heaven. That’s why I can say to you, Jesus is our only hope,” Bishop Reed said.

Bishop O’Connell, 52, also drew particular attention to the women religious in attendance by asking them to stand.

He recalled that when he was a “new seminarian,” he discovered a 1970s-era church banner made of burlap and containing the words “Make me an instrument of your peace.” He said that since then, those words have been the “prayer of my priesthood.”

“Through the years, although there have been challenges, my prayer has never changed. Somehow, God has given me the enormous privilege of being able to serve in this role, and at times I have marveled, almost as an observer, to see how he has indeed used me as his instrument,” he said.

“Now, this day, I have become something new, and once again I have no idea, no idea, how God will call me to serve. There are so many people I want to desperately meet and show them their Messiah,” he continued, saying that it’s important for the church to reach out to those who “feel that the church doesn’t want them.”

Afterward, Bishop O’Connell’s mother, Margaret O’Connell, told The Pilot, newspaper of the Boston Archdiocese, that it was hard to express the many emotions she was feeling.

She said her son “was always happy in any assignment he got,” noting that she thinks he’ll be happy in this newest assignment, too.

His aunt, Dominican Sister Jean Delaney, was seated next to Margaret O’Connell. She said that Bishop O’Connell is “always there for us,” and has always been and expects he always will be close to her.

“He’s not Bishop Mark, he’s my Mark. Always has been,” she said.