Body of St. John XXIII to make brief return to his home diocese 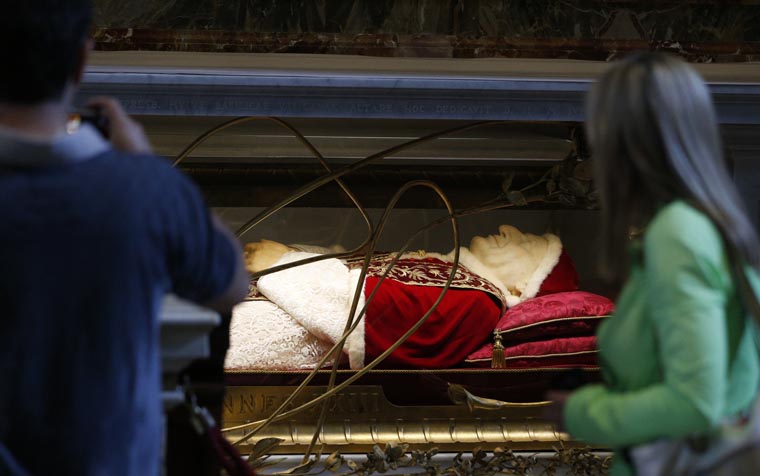 “We thank Pope Francis for this gesture of paternal love,” said Bishop Francesco Beschi of Bergamo. “It is a great joy and special grace for us.”

The pope who opened the Second Vatican Council was born Nov. 25, 1881, in Sotto il Monte, a town near Bergamo. After his ordination as a priest and years of service in the Vatican diplomatic corps, he was appointed patriarch of Venice in 1953. He was elected pope Oct. 28, 1958, and died five years later.

From its resting place in St. Peter’s Basilica, the body of the late pope will be transferred May 24 to Bergamo and is scheduled to make its first stop at the city’s prison before being moved to the diocesan seminary named after Pope John XXIII. That night, priests of the diocese will escort the remains to the cathedral.

The young people of the diocese are scheduled to hold a prayer vigil in the cathedral May 25 and ordinations to the priesthood are planned for the next morning.

After a Mass with the poor May 27, the body will be moved to the hospital named after the late pope and then it will be transferred to the Shrine of St. John XXIII in Sotto il Monte.

Pilgrims can pray before the saint’s remains at the shrine until June 10 when Cardinal Pietro Parolin, Vatican secretary of state, will celebrate Mass and the body will be returned to the Vatican.