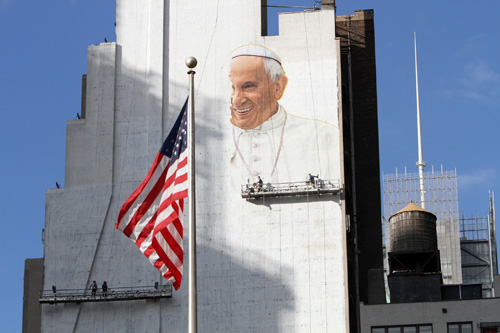 Former nuncio dies in Vatican residence while awaiting sex abuse trial
A Vatican official has ordered an autopsy on the body of former archbishop Jozef Wesolowski, who was found dead Aug. 28 in the Vatican residence where he was awaiting trial on charges of child sexual abuse and possession of child pornography.

Discovery of refugee bodies should awaken Europe, says Vienna cardinal
Police in Hungary said Aug. 28 that they had arrested three Bulgarians and an Afghan in connection with the deaths of the 59 men, eight women and four children whose decomposing remains were found by police Aug. 27 when a maintenance team reported the abandoned refrigerator truck near Vienna, Austria.

From John Allen at Crux: On Chibok anniversary, Christians are caught between hope and experience
On Thursday, Nigerians marked the 500th day since the kidnapping of almost 300 mostly Christian schoolgirls from the remote town of Chibok by Boko Haram, the radical Islamic terrorist group held responsible for more than 17,000 deaths here since 2009.

Big plans: DeSales Media Group out of the Diocese of Brooklyn will welcome Pope Francis to New York with a 225-foot tall billboard near Madison Square Garden.

Welcome, Dolphins! Le Moyne College in Syracuse welcomed its Class of 2019 to campus today. Check our Facebook this weekend for photos from today’s move-in, Saturday’s day of service in the community and Sunday’s Mass on the Grass.

And don’t forget: If you’re going to the Fair on Sunday, you can go to Mass there too! Catholic Mass will be celebrated on Sunday, Aug. 30 and Sunday, Sept. 6 at 9 a.m. in the Empire Theatre. Father Joseph Clemente will preside. All are welcome.

See you back here Monday for the day’s headlines. In the meantime, visit www.thecatholicsun.com for the latest local, national, and international Catholic news, and be sure to follow us on Facebook and Twitter.