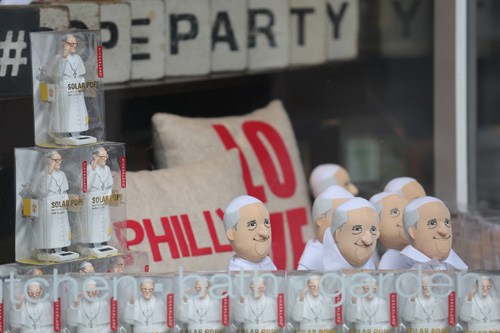 Eleven cardinals, at least four of whom will participate in the world Synod of Bishops on the family in October, have urged fellow church leaders to maintain the church’s rules regarding marriage and strengthen Catholic education about marriage and family life. Their book, “Eleven Cardinals Speak on Marriage and the Family,” is scheduled to be released in English in the United States Sept. 15 by Ignatius Press, which provided copies in advance to the media.

Pope Francis held a “virtual town hall” with Catholics in Chicago, Los Angeles and McAllen, Texas, in advance of his Sept. 22-27 visit to the United States. The town hall was arranged by ABC News, which was to air portions of the meeting during its “World News Tonight” program Aug. 31, with an hourlong version of its “20/20” newsmagazine called “Pope Francis & the People” airing 10-11 p.m. EDT Sept. 4. ABC News said the event would also be posted in its entirety in both English and Spanish on abcnews.com.

From AP: Pope Francis a stranger to the U.S. in many ways

And remember, tomorrow is World Day of Prayer for Care of Creation. What are you doing to mark the day?

(Also: How great is that Pope Francis stuff up top? Who doesn’t need a Pope Francis figurine?)
See you back here tomorrow for the day’s headlines. In the meantime, visit www.thecatholicsun.com throughout the day for the latest local, national, and international Catholic news, and be sure to follow us on Facebook and Twitter.