Catholic TV chef has cooked for not one but two popes 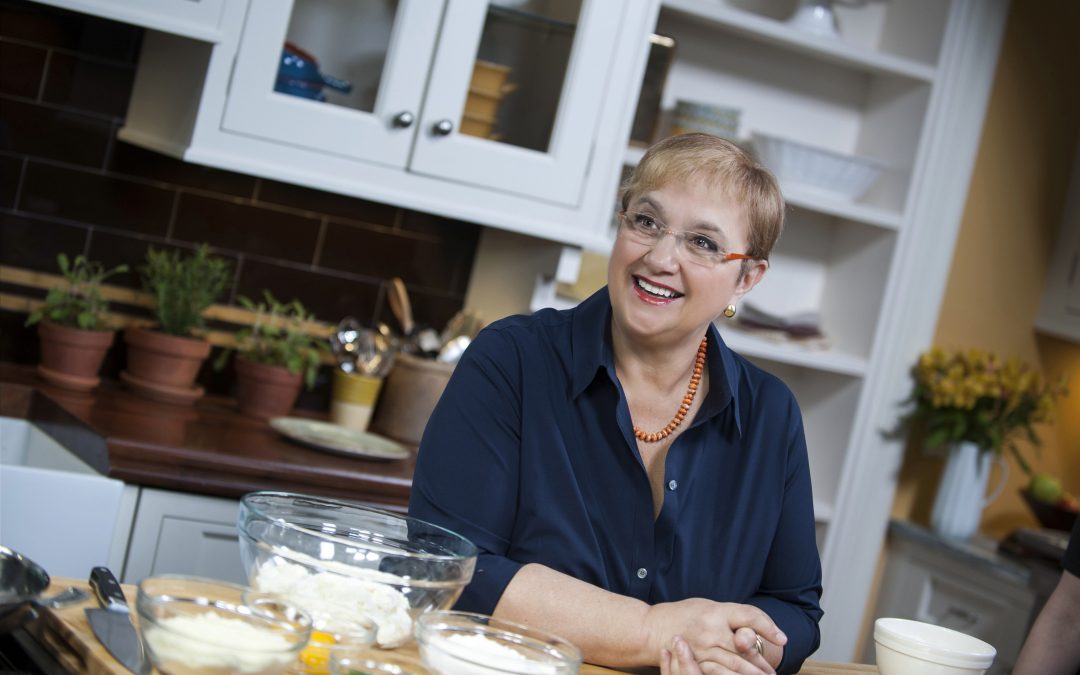 She’s on her fifth public television cooking series, “Lidia’s Kitchen,” and on Dec. 11, will have a Christmas special on PBS. She has also written 13 books — most of them cookbooks — has a line of commercial cookware, separate lines of sauces and made-in-Italy pastas, and a string of restaurants in New York City; Chicago; Kansas City, Missouri; and even Brazil.

And every seven years or so, she finds time to cook for the reigning pope.

Bastianich, an Italian-born Catholic who escaped with her family after her region in Italy was awarded to communist Yugoslavia and the Iron Curtain erected, said she got the request to cook for Pope Benedict XVI for his 2008 visit to the United States from Archbishop Celestino Migliore, then the head of the Vatican’s permanent observer mission to the United Nations, after Bastianich had done a decade’s worth of charity events at the U.N. to raise money to help single-parent and rural families.

“When Pope Benedict was coming, he was the one who came to me: ‘Lidia, you know, would you be interested in cooking for the pope?” Would I!?” she told Catholic News Service in an Oct. 29 telephone interview from New York, where she has made her home since age 11 when she arrived with her family following two years in a refugee camp in Italy.

“I did some research” on Pope Benedict, she added. “His mother was a chef. So he ate good. I come from an area of Italy, a little Germanic. So I had spaetzle (a German dumpling), goulash, strudels, that’s what I did for Pope Benedict. I went into his childhood flavors.”

Pope Francis’ needs were a bit different. “At his bed, all he wanted at his bed was water and bananas,” Bastianich said. “I put a few crackers there just in case.”

At mealtimes, she was thinking, “He’s vibrant. (I thought) big pieces of meat. Some nice rib roast, bring the whole roast out. But he wanted very simple. I guess he’s on somewhat of a diet. Not a real diet but they’re watching. So I thought OK, no big meat. Veal was fine, chicken was fine, fish. I thought he’s Italian, too, from (the) Piedmont (region of his ancestors). They do a lot of rice and a lot of vegetables, peppers; he loves peppers, he loves squash, he loves potatoes, I did risotto, I did a big pot of soup — capon soup because it’s restorative. He had soup each day, because I felt he needed that in his travels.”

After lunch Sept. 25 in New York, Pope Francis “decided to come into the kitchen,” Bastianich told CNS. “The Secret Service was running into the kitchen: ‘The pope is coming! The pope is coming!’ He just kind of floated into the kitchen. He asked, ‘May I drink coffee with you?’ ‘Of course!’ All of us, five of us, were there. He addressed each of us, asked about our family, blessed us, touched the (sign of the) cross on our forehead. Such a gentle smile, attitude,” she recalled. “And then he said, ‘Please pray for me.’ That brought all of us to tears. This man who we ask to pray for us, he says, ‘Pray for me.’”

Bastianich said that after her family was brought to the United States, “Catholic Relief Services waited for us, they first put us up in a hotel, then they found a home and a job for my father. It took about two months. And our lives began in the United States, and we began going to school.”

Her first job came working in a German bakery owned by the parents of Academy Award-winning actor Christopher Walken, whom she knows as “Chris” and is one of the guests in her Christmas special.

Walken’s ethnic roots, and those of the other guests at Bastianich’s Christmas table — including actress-singer Rita Moreno — are explored in the hourlong special. “I think it’s such a great representation of America,” Bastianich said. “And you know, especially in these times, with all the immigration problems, I really feel for these people. The message is that we are all immigrants here coming from somewhere. America gives us such opportunities to really excel, but also the freedom to be who we are. We should appreciate and we should respect who they are.”

Bastianich said she’s had to tell her tales of “I knew him when” when Walken climbed the ladder of success. But she had a tale of her own to tell.

“One of the kids would be going to college or wherever, I would like kids to be around me, my kids and whoever they bring in. They would come down from Boston College and they would all sleep on the floor or wherever. I would cook a big pot of pasta on Sunday morning,” she said. “Now I have people, grown men, come into the restaurant and they usually come over and say, ‘Lidia Bastianich, you don’t know me but you cooked for me when I was 16, 18, 20.’ It’s instrumental that you touched these young men that grew up into men. It’s great. Food is just such a great thing.”

She’s heading to Chicago for a Nov. 18 fundraiser for Arrupe College in Chicago, whose mission it is to make a high-quality Jesuit education available to students at an affordable cost; most students will be able to graduate from Arrupe with little or no debt. The two-year college is part of Loyola.

“I want to give the opportunity to children in this case. (Jesuit) Father Steve Katsouros, the founder of Arrupe Community College in Chicago, was the president of Loyola (School in New York) at the time my daughter was there,” Bastianich said. “He asked me and I said absolutely. I love to give the opportunity to educate. … We need to educate them, we need to bring them closer to God.”