Catholics called to stand against ‘alt-right’ views but seek dialogue 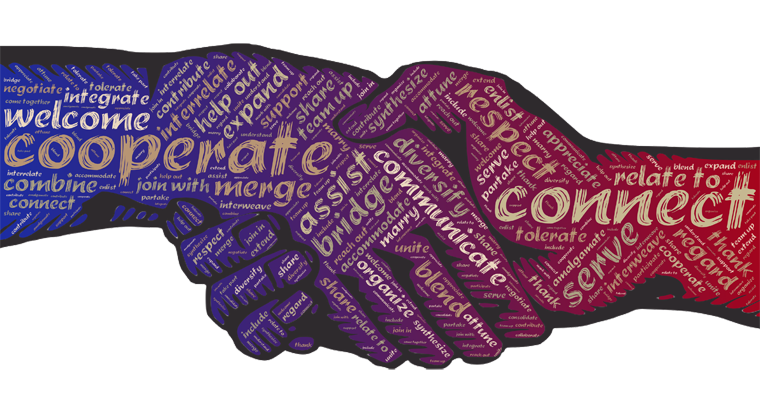 WASHINGTON (CNS) — When the Conservative Political Action Conference, popularly known as CPAC, met near Washington in late February, the event’s main organizer did everything possible to separate the annual gathering from a fringe group it said it wants no part of and whose members don’t reflect their values.

“There is a sinister organization that is trying to worm its way into our ranks and we must not be duped,” said Dan Schneider, executive director of the American Conservative Union, which hosts the CPAC gathering, referring to the self-described “alt-right” movement, whose followers espouse white nationalism, populism and white supremacy.

Saying the group had “hijacked the very term ‘alt-right,’” Schneider pummeled away at its supporters whom he called “fascists,” and angrily rebuked them for using the term, which he said up until its “hijacking” had been “used for a long time in a very good and normal way.”

“They met just a couple months ago in Washington, D.C., to spew their hatred and make their ‘Heil Hitler’ salutes,” said Schneider angrily. “They are anti-Semites. They are racists. They are sexist. They hate the Constitution. They hate free markets. They hate pluralism. They hate everything and they despise everything we believe in. They are not an extension of conservatism.”

Those belonging to the self-described “alt-right” movement had attended the conference before without incident, including Richard Spencer, the de facto leader of the “alt-right,” a shortened version of alternative right. But Feb. 23, he was asked to leave CPAC as Schneider publicly excoriated the movement.

That same day, Maria Mazzenga, assistant director at the Institute for Policy Research &amp; Catholic Studies at The Catholic University of America was at the university’s campus in Washington, describing the movement and Spencer during an event and panel discussion about how Catholics should respond to the “alt-right.”

Spencer, she said, is a white nationalist who calls himself an “identitarian” not a white supremacist, but he advocates for a white homeland, for a “dispossessed white race,” and calls for “peaceful ethnic cleansing” to halt the “deconstruction of European culture.” Those who follow him and the “alt-right” movement hold the same views, she said, adding: “Sounds like white supremacism to me.”

Mazzenga reminded the audience that Steve Bannon, a Catholic who is the chief strategist and special counsel to President Donald Trump, was the former CEO of Breitbart News, who once called the site “the platform for the alt-right.” Bannon has been critical of the church’s stance on immigrants, another hallmark of the “alt-right,” and “he sneeringly calls (Republican House Speaker) Paul Ryan’s Catholicism ‘social justice Catholicism’ strangely enough,” Mazzenga said.

Bannon, she said, holds the views of one of two camps of Catholic Americans she studies: the exclusionary variety and the inclusionary.

“Inclusive Catholic Americanism seeks to reconcile American ideals of religious liberty and ethnic pluralism with Catholic traditions. It seeks continuity with its parent, Judaism, and commonalties rather than differences with other religions to which it’s related, like Islam.”

Both views are strong in the country’s politically charged and divisive environment, and also very much present in the church’s pews and institutions today. While Catholic churches welcome refugees and immigrants, views that demonize Muslims, that believe there’s a war between Christianity and Islam “are often tolerated among American Catholics,” said Jordan Denari Duffner, who participated in the panel and studies Islamophobia for the Bridge Initiative at Georgetown University in Washington.

While Islamophobic views, which are very much in tune with those who follow the “alt-right” movement, have little impact in places such as the Vatican, they have found a sympathetic outlet among some publications in Catholic media, Duffner said.

Some of those views portray Islam as a religion that is “violent, misogynistic, not part of the Judeo-Christian West” and say that Muslims can’t be trusted and seek to impose “their way of life on us,” Duffner said.

“If some of this doesn’t sound unfamiliar to you, it’s because it’s become so mainstream,” she said, and even appears in some Catholic newspapers, websites and on popular Catholic television programs in the U.S.

Julia Young, a historian with The Catholic University of America who also participated in the panel, said similar views have existed before in the country, but this time the “targets” for such views, which some would call nativism, others would call xenophobia, seem to be immigrants and Muslims.

The hierarchy of the Catholic Church in the U.S. has always made clear where it stands, she said. As early as 1919, the U.S. bishops formed an immigration bureau whose sole focus was to speak on behalf of and defend immigrants, to provide legal counsel and defense for them, particularly with the goal of keeping families together, Young said.

Duffner said high profile Catholic leaders such as Cardinal Blase J. Cupich of Chicago, Cardinal Joseph W. Tobin of Newark, New Jersey, as well as other bishops and the bishops’ conference have spoken up against the anti-Muslim and anti-immigrant sentiment that those in the” alt-right” foster. But she said she’d like to see national efforts trickle down to Catholics in the pews, to bring them together with people of different faiths, particularly Muslims, because it would help combat some of the prevalent and erroneous views some of them hold about Islam.

She said she’d also like to see Catholic leaders “confront the portrayal of Islam that we are seeing in books published by Catholic publishers,” adding that Catholic media should “police itself” and examine some of its portrayals.

Panelist Christopher Hale, executive director of Catholics in Alliance for the Common Good, said that while the internet created a democracy, it also created “an oligarchy of lies” in which some of the views that target certain communities and are based on fear and lies have gained ground.

But for the truth to win out, he said, “we must engage these folks” and the wrong approach, he said, is to think that we’re “better than” they are, even if they hold views that may be difficult to hear.
Talking to people who hold views such as the ones embraced by the “alt-right” is the Christian approach, he said, and the idea of not talking to them, of thinking that “some people are below our worth” is what he calls the “deplorable option,” referencing Democratic candidate Hillary Clinton’s comment in which she called Trump supporters “a basket of deplorables.”

“Let’s be real,” he said. “Racism isn’t simple. There’s a lot of things built up in racism beyond just a moral evil. There’s structural issues, there’s economic issues. Xenophobia is complicated. So, if we’re going to be really engaging, we have to spend a little less time denouncing and actually engaging and proclaiming the truth without any hesitancy but understand that the way people got to where they are, there’s a path they took. They didn’t just parachute in.”

Dialogue, he said, is vital.

Young, the historian, said that as a Catholic, for her it also is important to be supportive of the “victims” or “targets” of some of those who are attacked by the “alt-right” and its sympathizers, while also seeking a way to dialogue with them.

“I don’t think those are incompatible,” she said.