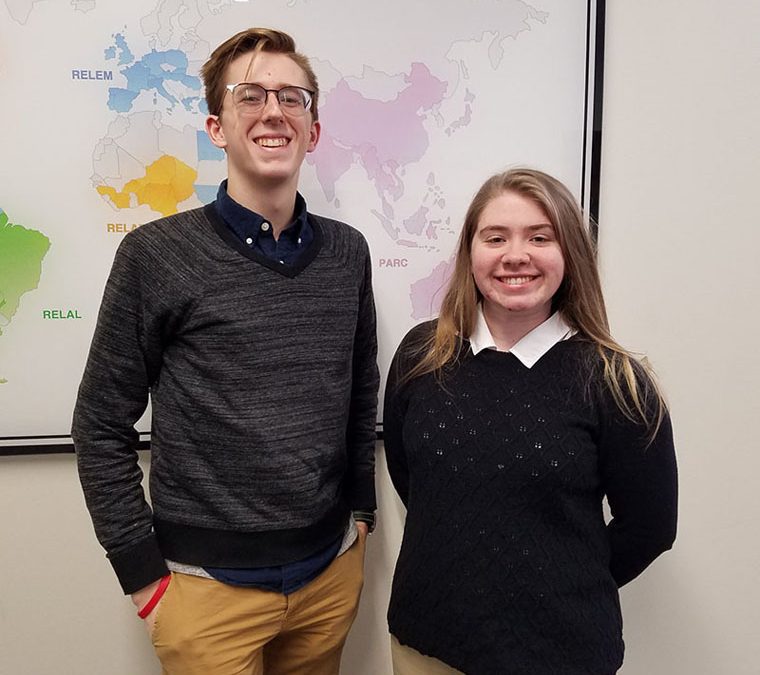 Junior Emilee Edick, performing as Phoebe from “As You Like It,” finished in first place. Senior Patrick Kraft was named runner up for his portrayal of the title character in “Macbeth.”

Emilee will now move on to the regional competition to be held at Syracuse Stage on March 21, with the winner from that event advancing to the national competition at Lincoln Center in New York City.

Emilee is the daughter of Joseph and Kimberly Edick of Phoenix, N.Y. Patrick is the son of Patrick and Deanna Kraft of Oswego.